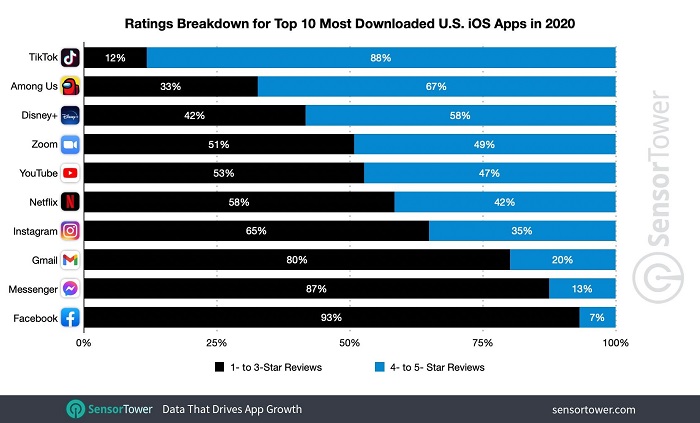 TikTok has become the most well-received iOS app of 2020 in the US, according to new data shared by Sensor Tower.

In second place is the mobile game "Among Us", with 67% positive and 33% negative reviews respectively.

If 3 stars is defined as a neutral rating, then TikTok has achieved a positive rating rate of 88% this year, making it the most popular app on the US App Store in 2020.

Although Microsoft had expressed interest in acquiring TikTok, ByteDance ultimately decided to enter into a strategic partnership with Oracle.

On the bottom of the top 10 list, social media giant Facebook struggled to match its volume, with only 7 percent of 4-5 star reviews and 93 percent of 1 to 3-star reviews.