US-listed Kaixin Auto Holdings (KXIN.US) today announced the signing of a binding letter of intent to invest and a management restructuring with Haitaoche Limited on November 3.

China's best-selling electric car sees one-day sales of up to 1,200 units in October

Renren (RENN.US), the current controlling shareholder of Kaixin Auto, will have the right to appoint the remaining directors and will have veto power on certain major corporate matters.

In terms of personnel changes, Kaixin Auto said that Chen Ji and Jinfeng Xie have resigned as CEO and COO of the company, respectively.

Kaixin Auto was up 70 percent in pre-market trading. 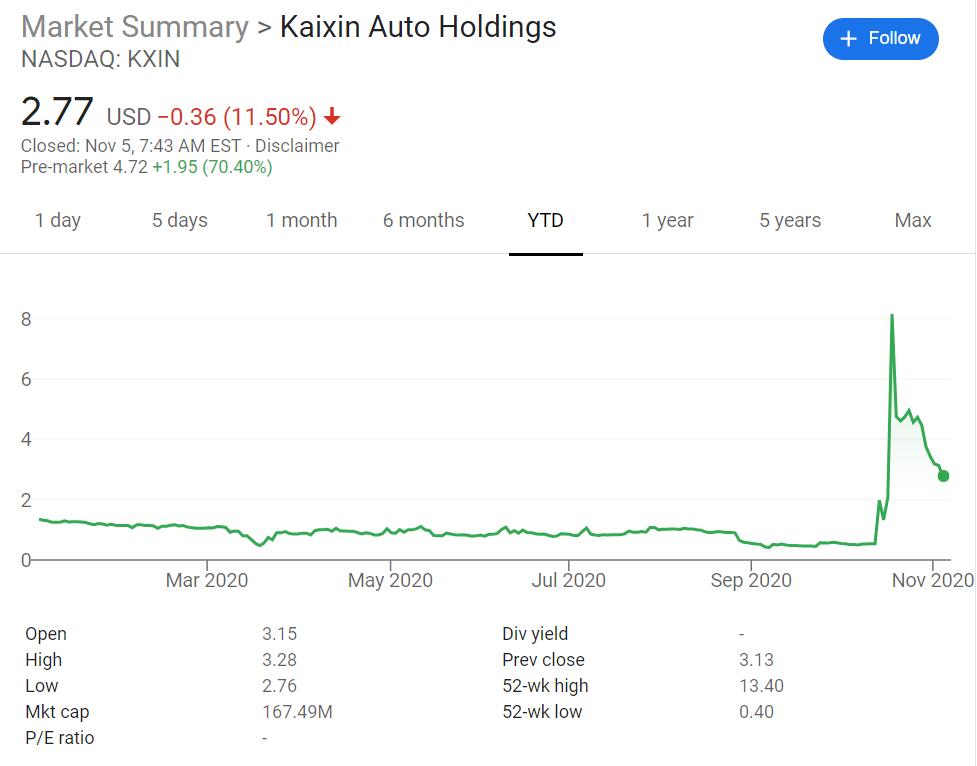