Thanks to its latest flagship OnePlus 8 series 5G and a price cut on the OnePlus 7T series, OnePlus regained its top position in the India premium smartphone market  (>$400) with 29% share in the second quarter, just nudging out Samsung, according to market research firm Counterpoint. 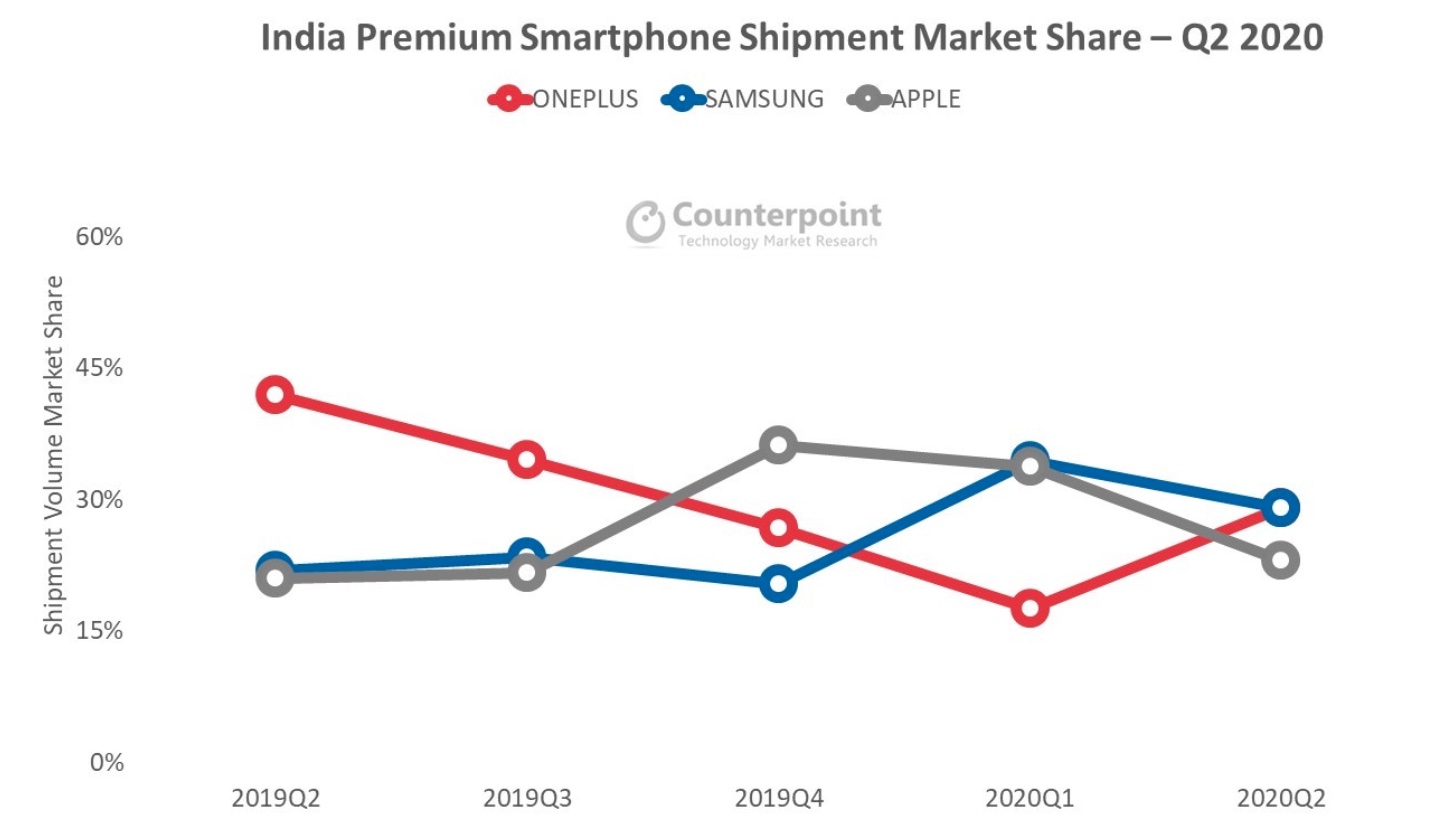 Solid build and design, larger battery capacity and higher refresh rate with impressive Android UI (OxygenOS 10) are some of the features which attracted consumers’ attention, the Counterpoint report said.

A strong community base with loyal customers is also one of the strengths of OnePlus which it has developed over the years, the report said.

Samsung slipped to the second position with a slight margin of less than 1%, capturing almost 29% share. The Galaxy A71 became its best-selling device and secured a spot in the top three models in the premium segment in Q2 2020.

Apple fell to the third spot in the premium shipment share during the quarter due to intensifying competition.

India’s smartphone shipments in the premium segment declined 32% year on year in the second quarter owing to the COVID-19 pandemic. A nationwide lockdown of almost 40 days led to almost zero shipments in April, which contributed to this decline.

Still, it was one of the least affected segments and reached its highest ever share in the overall India smartphone market, contributing more than 4% in total smartphone shipments.