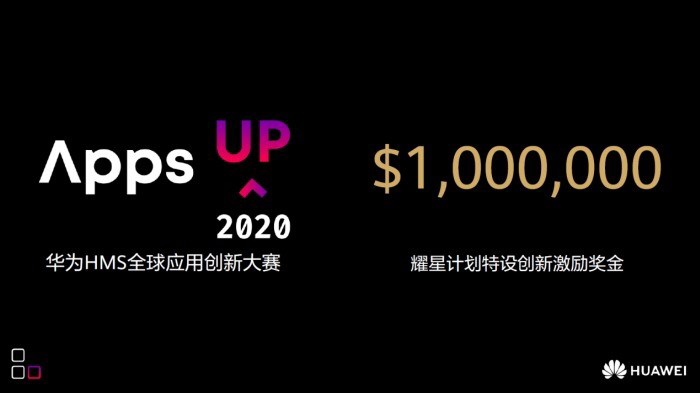 On June 30, the Huawei HMS Global Application Innovation Competition was officially launched, with Huawei inviting developers from around the world to integrate its HMS Core.

Huawei has set up a prize fund of US$1 million for the competition, and participants will have the opportunity to receive rewards such as Huawei's application market promotion resources, Huawei's cloud resources, and priority participation in various activities of the Huawei Developer Alliance.

It's an alternative choice to replace Google's GMS including Gmail, Google Maps and Google Search in global markets where Huawei is banned from using them.

To date, more than 1.4 million developers around the world have joined the HMS ecosystem, and more than 60,000 applications have been connected to HMS Core globally.

The competition consists of four stages: application and submission, pre-selection, public judging, and regional finals. Developers have until August 30, 2020 to complete the HMS Core open capability integration of their applications and submit their entries on the competition website.

The judging panel in each region will evaluate the entries based on four dimensions: business index, user experience, innovation index and social value.

Best Application, Best Game, Most Social Value, Most Popular, and Winner will be awarded in each region.

The Most Social Value Award encourages applications to create a positive social impact in areas such as medical care and health, education and popularization of science, transportation, economic development, environmental protection, public welfare assistance, and social resource efficiency, promoting the progress of the industry, benefiting digital life, and helping to solve a wide range of social problems.

Developers can visit the contest website to form teams and register for the contest, which closes on August 30 2020.