Digital blogger @长安数码君 claimed on Weibo that the Huawei Mate 40 engineering phone does not come with an under-screen camera.

However, it's worth noting that engineering phones don't necessarily correspond 100% to production phones and there's definitely more than one Mate 40 series. 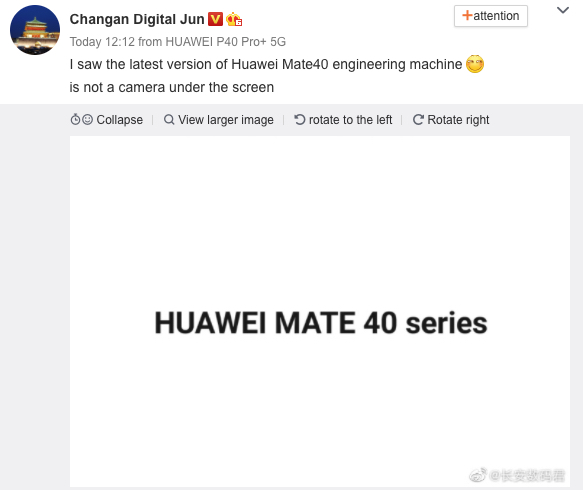 Previous reports have claimed that the Mate 40 series will feature a 5nm Kirin chip, a 9P-style free-form lens camera, and a 90/120Hz screen refresh rate.

At the usual pace, development of the Mate 40 was completed in the first quarter of this year, with at least six months of testing thereafter before delivering the mass production launch.

If nothing else, the Mate 40 series should be released in September or October.