What happened to ARM China? 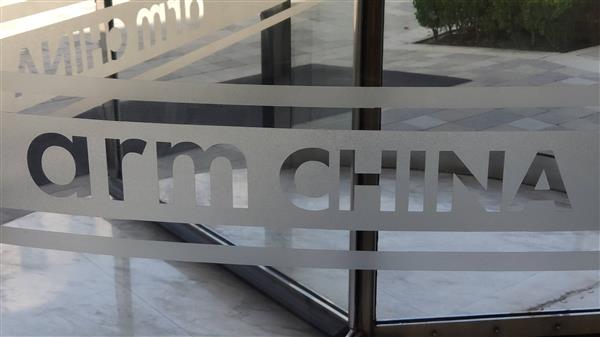 This afternoon, ARM and HOPU Investment issued a joint statement saying that they had reached a decision to remove Allen Wu as chairman and CEO of ARM China.

Today 21jingji.com first reported that Allen Wu was removed as Executive Chairman and CEO of Arm China. Its Board of Directors has appointed Ken Phua and Phil Tang as interim co-CEOs of Arm China.

Soon, at noon on June 10, Arm China said in a statement that Wu continues to serve as Chairman and CEO.

The statement states the following:

Mr. Allen Wu continues to serve as Chairman and CEO of ARM China, an independent legal entity legally registered in China, in accordance with the relevant laws and regulations.

ARM China is operating normally and continues to provide support and service to its customers and industry partners in China.

However, on the afternoon of June 10, ARM and HOPU Investment issued a joint statement saying that they had reached a decision to remove ARM China Allen Wu as Chairman and CEO.

As the majority shareholder of ARM China, ARM Corporation and HOPU Investment have recently jointly decided at the ARM China Board of Directors meeting that it is in the best interests of ARM China to remove Mr. Allen Wu as Chairman and Chief Executive Officer.

The resolution was reached at a meeting of the Board of Directors of ARM China held on June 4, 2020, under the guidance of Zhong Lun Law Firm, based in Shanghai, China.

Based on complaints from whistleblowers and several current and former employees, the investigation found that the actions of Allen Wu, a US citizen, were detrimental to the development of ARM China and the interests of the company's shareholders and stakeholders.

Evidence was obtained from multiple sources that Allen Wu had failed to disclose to the Company the conflicts of interest he had created and the violations of the Company's Code.

The Board believes that the removal of Allen Wu is a responsible and ethical decision that will ensure the long-term stability and growth of ARM China's business.

The Board of Directors of ARM China is moving forward with the selection process for the management of the Company and is confident that the Company's Vice Presidents, Pan Zhenyuan and Tang Xiaoqi, will serve as Co-Chief Executive Officers during the transition period.

As a result, ARM China becomes a Chinese-owned company with its headquarters in Shenzhen, China. Allen Wu was the first Executive Chairman and CEO of ARM China.

ARM does not manufacture its own chips, its business model is IP licensing with a one-off technology licensing fee and royalties through IP licensing.

ARM has three types of licenses, processor, POP, and architecture licenses. Today, the vast majority of smartphones in the world rely on ARM architecture. More than 95% of all domestic system-on-chip (SoC) products in China are based on the ARM architecture.

Last year (2019), there was talk of it cutting off Huawei under the US ban, however, Allen Wu is understood to have later pointed out to the media that ARM never cut off Huawei and was working closely with Hisilicon.

Some analysts have suggested that the ARM China changeover may have something to do with Huawei, and have yet to receive a definitive response.