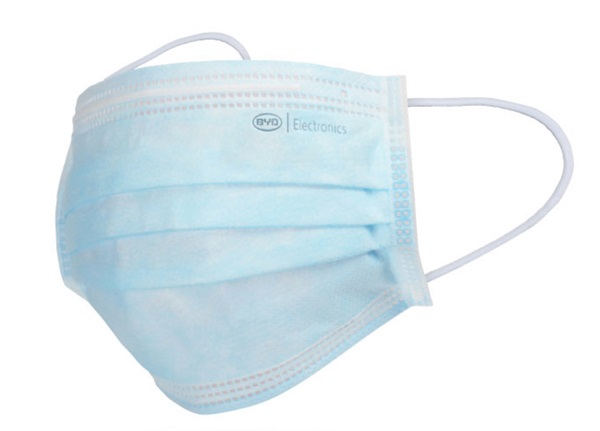 California Governor Gavin Newsom announced on June 8 that the BYD N95 masks have obtained the National Institute for Occupational Safety and Health (NIOSH) certification, BYD will continue to supply N95 masks to California.

"Communication with NIOSH has been smooth, they've been quick to respond to information and very clear about review priorities," a source with knowledge of the certification process revealed.

In April, California and BYD signed an order totaling more than $1 billion to purchase 300 million N95 masks at a unit cost of $3.30 from BYD.

California also planned to purchase 100 million medical surgical masks at a unit price of $0.55 and paid $495 million in advance.

Because of the failure of the first NIOSH certification, BYD had to return the advance payment made by California for the May order - the 150 million N95 masks for a total of $247 million.

Subsequently, California and BYD amended the contract to extend the term of the contract until the end of May.

When the scheduling of the NIOSH review plant (the last step in certification, reviewing the plant) had to be pushed back to June 4, the plus the state government has expressed its understanding and has again amended the contract with BYD to extend the contract to June 12.

The California State Government press release also mentions that in the coming days, 150 million BYD N95 masks, previously contracted for, will be shipped to the California, for distribution to health care workers, etc.

The contract also ensures that California will have an adequate supply of masks in the future if needed.

BYD sources said that after receiving information about the N95 mask's NIOSH certification approval on the afternoon of June 7, getting the production code, the The plant began ramping up production and expects to be able to deliver to the State of California ahead of schedule.