Liu Xinyu, general manager of Xiaomi's smart hardware division, previewed the new router, saying it is a Wi-Fi 6 router that will live up to expectations and will come into a large number of users' homes. 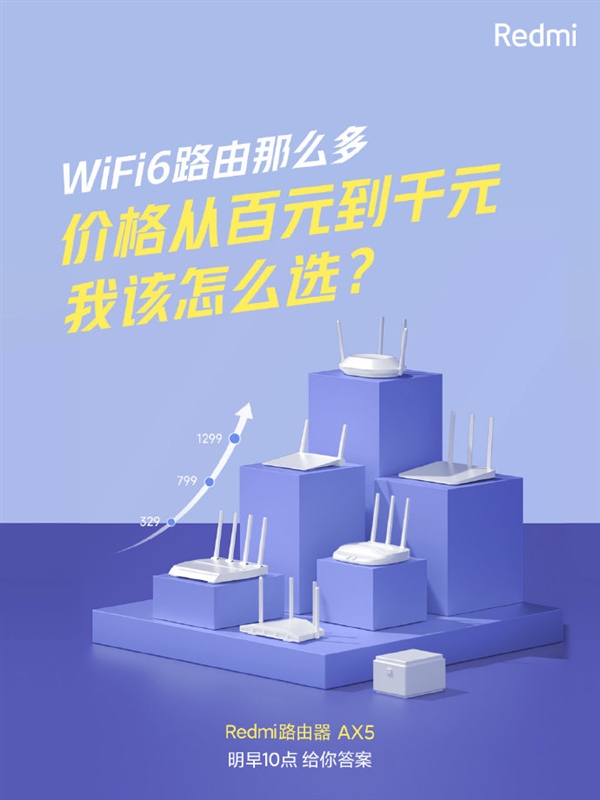 Compared to Wi-Fi 5, Wi-Fi 6 mainly uses technologies such as OFDMA and MU-MIMO, and MU-MIMO (Multi-User Multiple-In Multiple-Out) technology allows the router to communicate with multiple devices at the same time, rather than in sequence.

MU-MIMO allows the router to communicate with four devices at a time, and Wi-Fi 6 will allow communication with up to eight devices.

Wi-Fi 6 also makes use of other technologies such as OFDMA and transmit beamforming, both of which work to increase efficiency and network capacity respectively.

Notably, Liu Xinyu also polled the general public: "What are you most looking forward to about Redmi's first Wi-Fi 6 router"?

These options mean that Redmi's first Wi-Fi 6 router will have the following features, specifically a strong signal, support for mesh free networking, and a low price.

This Wi-Fi 6 router from Redmi should be positioned slightly lower than the Xiaomi and will be priced even lower.