Home › Gadgets › How to install memory kits on desktop computer? Most people get it wrong
#Gadgets#

How to install memory kits on desktop computer? Most people get it wrong

For computer DIYers, memory kit installation seems to be a no-brainer. But that's not actually the case, and the vast majority of people are probably wrong.

First of all, the memory sockets that are close to the CPU are defined here as "front end" and those that are far away are defined as "far end", as shown in the figure below, the four sockets are A1, A2, B1, B2. A1 and A2 form one channel and B1 and B2 form another channel.

1. Single: Why does a single memory need to be inserted into the A2 slot?

A1 slot: In the same channel, if only the A1 slot is inserted, the vacant A2 slot will have a signal reflection, and the A2 signal will reflect back to A1, causing signal interference and affecting the performance of the performance.

A2 slot: Fast signal transmission rate, no signal reflection interference, full use of the memory performance, especially the overclocking potential. 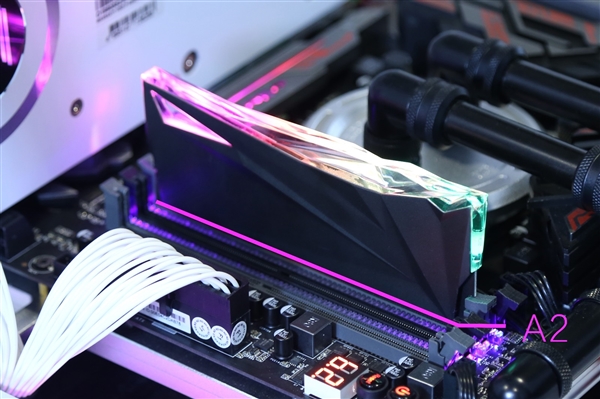 B1 or B2 slot: too far from the CPU and relatively slow signal transmission. This is why A2 is preferred over B2 channels, and theoretically the closer the physical distance to the CPU, the faster and more stable the signal transmission will be and the lower the losses.

2. Double: why does double root memory have priority in the A2 and B2 slots?

A2+B2: A2 and B2 are slots for two different channels, which complete the signal transmission independently and without interference. It's like having two separate vehicles carrying goods in two lanes with the same destination and increased efficiency. 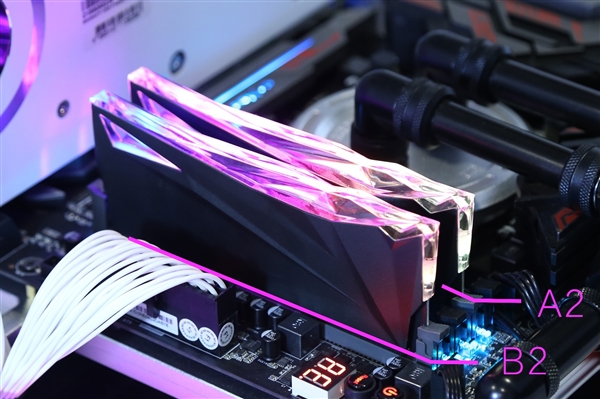 A1+A2: Whereas if A1 and A2 are selected, it is equivalent to two vehicles transporting goods in one aisle with the same destination but waiting for the vehicle in front to finish transporting the goods, which reduces the efficiency of queuing.

A1+B1 or A1+A4 or A2+B1: In addition, if three methods are selected, such as A1+B1, the same as the single "A2 only" method, signal interference will affect performance.

3. Four: just plug them all in and you're done. 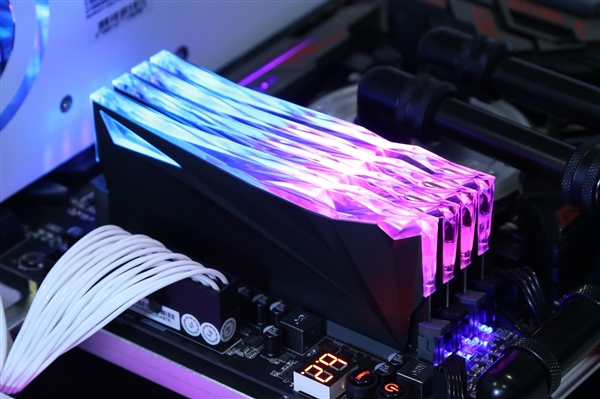