As of March 2020, the size of China's Internet users was 904 million, according to a report released by CNNIC today.

Of these, the percentage of the Internet user group with a monthly income of 5,000 yuan or more is 27.6 percent, meaning that 72.4 percent of the nation's Internet users (about 650 million people) earn less than 5,000 yuan a month. 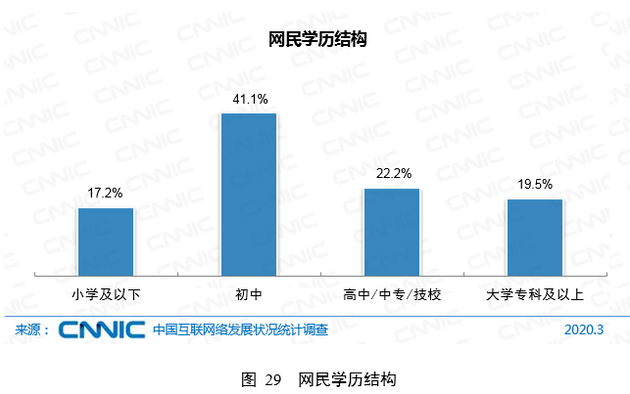 Among China's Internet user groups, students account for the largest share of 26.9 per cent, followed by self-employed/freelancers with 22.4 percent, and corporate/company executives and general staff for a total of 10.9 percent. 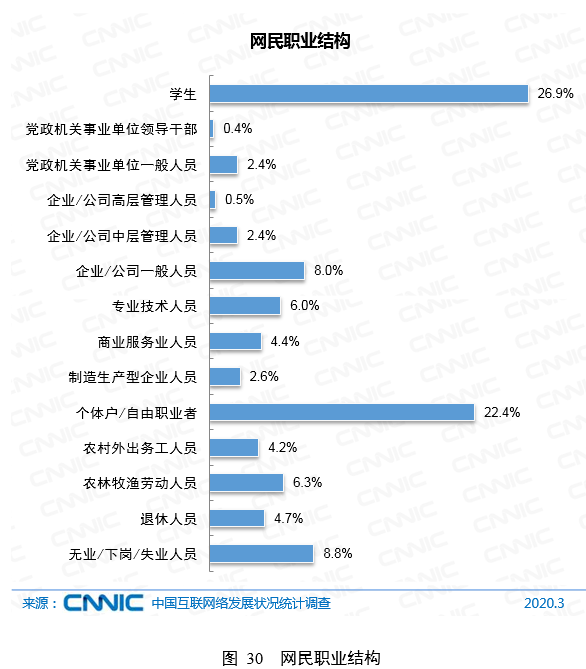