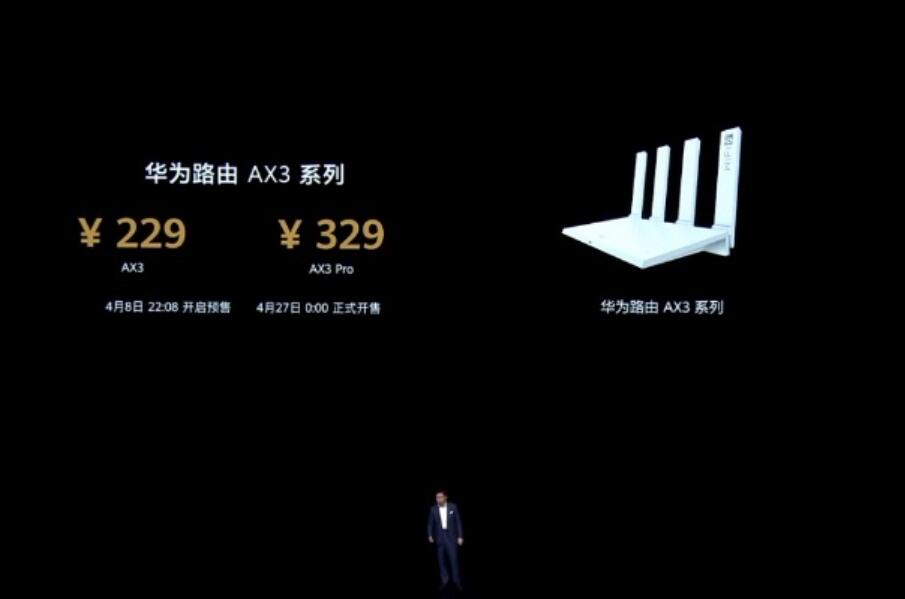 At the Wi-Fi 6+ online technical communication meeting at the end of March, Huawei released two Wi-Fi 6+ router products -- AX3 and AX3 Pro, in addition to the relevant technical details of Wi-Fi 6+. Now Huawei has officially announced the prices of the two routers are 229 yuan ($32) and 329 yuan, respectively.

The new Huawei AX3 series router is equipped with a quad-core 1.4GHz CPU and supports a large bandwidth of 160MHz. Compared with the traditional Wi-Fi 6 router, its short-range speed is nearly doubled.

In addition, AX3 series routers support Huawei to share one-touch connection, and Android phones that support NFC function can join the Wi-Fi network without any secret by tapping the router.

In addition, the new Huawei AX3 series routers also support dynamic narrow bandwidth: by reducing the bandwidth of the mobile phone backhaul router, the signal strength can be increased by up to 6dB at the same transmit power, and the wireless speed of 3000Mbps can achieve an extra wall through a long distance.

Wi-Fi 5 mobile phones and tablets with a large bandwidth of 160MHz, such as Mate30 / 20 series, P30 series, MatePad series and tablet M6 series, will also be faster with Huawei Wi-Fi 6+ router.