OnePlus users about to get always-on display feature 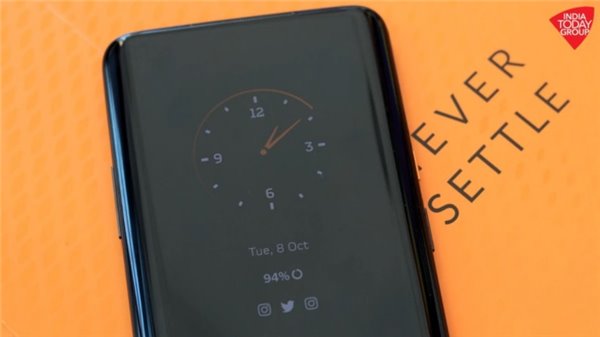 OnePlus users may eventually get the feature they have been waiting for-AOD screen display, the company tweeted on its Twitter that the TOP "always-on display (AOD)" screen display function has been Make sure to put it on the system development agenda.

The top IDEA is Always-On Display. We hear you, and our OS Product team has replied: it's on our roadmap.

OnePlus has not added this feature to its models even after switching to more energy-efficient OLED technology.

Unlike LCDs that use backlit pixels even when displaying black images, OLEDs can turn individual pixels on and off, so these pixels consume no power at all, which makes it easier and more reasonable to use the always-on display function on OLED screens.

On the current OnePlus mobile phone, although there is an interest screen display function, it cannot be displayed constantly. Instead, it provides two options: pick up the phone display or tap the screen display.

But now, things will change. OnePlus concluded that adding the regular display feature would result in one to two hours of battery drain. But the OnePlus team is still fine-tuning to ensure the best experience for users.

It's unclear whether OnePlus will bring this feature in the next version update. OnePlus hopes to achieve a balance between functionality and battery life as much as possible.