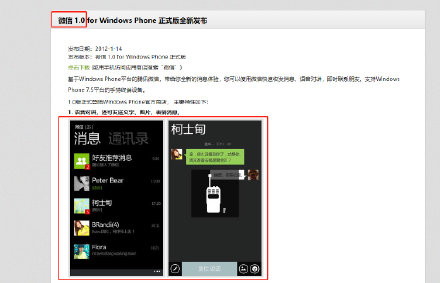 This version of WeChat was launched on January 14, 2012 by Tencent and supports Microsoft's Windows Phone 7.5 platform. At that time, it only supported voice intercom, group chat, LBS positioning and other functions. Now WeChat has gradually become a daily life Indispensable part.