Can HMS save Huawei's overseas sales? 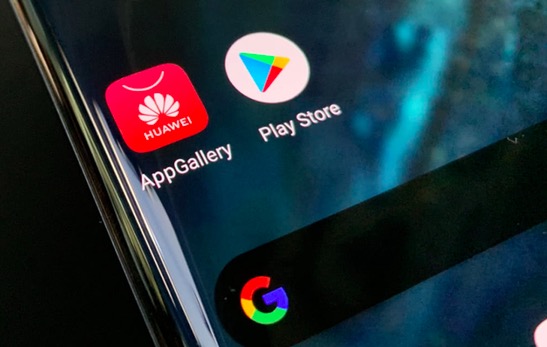 A few days ago, Huawei pre-installed Huawei App Gallery (application market) and HMS service (Huawei Mobile Service) on Mate Xs and Honor V30 and X9 released overseas. This is also the most critical step that Huawei has taken since it officially proposed to build an HMS ecosystem in August 2019.

"In the future, HMS will become one of the consumer's favorite ecology in the global market, and it will take one year or even less to go through the road that others have gone through for years." Honor President George Zhao described the goal of the HMS ecology.

In fact, with the disabling of Google's GMS service, Huawei and Honor are facing severe tests in overseas markets. In 2019, 100 million of the company's 240 million global smartphone shipments came from overseas markets.

In the latest article, Sina Tech states that the success of the HMS ecosystem also determines whether Huawei's position in the global smartphone market is stable.

Since being included in the Entity List by the United States in May 2019, Huawei's mobile phone products have not been able to pre-install Google's GMS service.

For a long time, although Google ’s Android system is open source for mobile phone manufacturers, its GMS service has allowed Google to obtain a steady stream of commercial profits from Android.

These apps not only have billions of users around the world, but many applications commonly used by overseas users, such as Facebook and Twitter, need to be downloaded through Google Play and rely on the GMS service framework to run.

After confirming the news that the GMS service could not be used on Huawei phones, overseas sales of Huawei phones were greatly affected.

Subsequently, Huawei founder Ren Zhengfei also confirmed that the shipment of Huawei mobile phones in the international market will drop by 40%.

According to the IDC report, Huawei shipped 41.5 million units in the third quarter of 2019, an increase of 64.6% year-on-year, and its market share reached 42%.

However, in the fourth quarter, due to the sharp decline in domestic market capacity, Huawei's market share also dropped to 38.5%.

Relying solely on the domestic market is not a long-term solution. After all, it still faces fierce competition from Xiaomi and OV.

At the same time, IDC data shows that in the fourth quarter of 2019, Huawei's global shipments also experienced a rare decline, with a range of 7.1%; while Huawei's 240 million global shipments in 2019 came from overseas markets. Accounting for more than 40%.

If GMS services continue to be lacking in 2020, Huawei's second place in the world of smartphones will also be threatened.

This also prompted Huawei to gradually speed up the HMS ecological construction to cope with the lack of GMS services in overseas markets.

In August 2019, Huawei held the 2019 Developer Conference at the Songshan Lake Base in Dongguan, and gathered more than 6,300 developers from around the world. At the conference, Huawei officially released its own Harmony OS operating system, and announced the full opening of HMS core services to build an HMS ecosystem globally.

Zhang Ping'an, President of Huawei Terminal Cloud Services, said that Huawei will invest $ 1 billion to support developers to join the HMS ecosystem, of which $ 800 million will be targeted at overseas developers.

Huawei issued a solicitation order internally. "After 516, we entered the darkest moment. At this time, Sparkle was needed to ignite the sparks to guide us forward. Consumer Cloud Services formed the Sparkle Hero Team. The goal is to build a leading terminal cloud service HMS ecosystem. "

Ren Zhengfei also stated internally that the U.S. restricts Huawei's use of Google's GMS ecosystem, involving millions of partners, and it is impossible for Huawei to replace it in one or two days.

The Riemann Labs, a subsidiary of Huawei 2012 Labs, has also started hiring Huawei's HMS mapping / location platform, saying that it will help the company to solve strategic survival and strategic development issues in the field of mapping and positioning at the technical level.

At present, the director of Riemann Labs is Sun Mingwei, an associate professor of the School of Remote Sensing and Information Engineering of Wuhan University. Wuhan University has ranked first in the world for the subject of remote sensing; the Central Institute of Software has recruited general search / location search technology experts. The architecture design, technological breakthroughs and commercial implementation of Huawei's universal search system create a world-leading intelligent search engine.

"Supporting the battle, the level of overtime is higher than the original department." A Huawei employee participating in the battle said in an internal forum. Other employees revealed that "the boss (Ren Zhengfei) has gone a few times, and Huawei's rotating chairman Xu Zhijun also has an office there." This shows that Huawei's senior management attaches great importance to this project.

It is reported that Huawei originally planned to release HMS Core 4.0 at MWC2020 in February this year to further attract global developers to join the HMS ecosystem. With the cancellation of MWC2020, Huawei continued to hold a press conference in the form of online live broadcast. It is unknown how the specific impact on global developers will be.

However, the HMS ecology has made considerable progress compared to six months ago. According to Huawei Consumer Business CEORichard Yu, Huawei currently has more than 1.3 million registered developers worldwide, and the number of applications that access HMS Core globally exceeds 55,000.

At the press conference in Barcelona, Huawei phones Mate Xs, Honor V30, and X9 with Huawei App Gallery and HMS pre-installed were also officially unveiled overseas. Huawei ’s HMS ecosystem was the most critical step. It is reported that Huawei and Honor phones released overseas in the future will be fully pre-installed with their own HMS services.

Huawei has been gradually improving the various chains of the HMS ecosystem. For example, on the map, Huawei obtained domestic first-class surveying and mapping qualifications in July 2019. In January this year, it reached an agreement with TomTom, a Dutch navigation and digital map company, in Huawei Smart Use its maps and services in mobile applications.

In search, recently, there was media exposure that Huawei is beta testing the "Huawei Search" application instead of Google search.

The advertising platform is also an important part. How much direct benefits developers can get is the most important factor that determines their ecological attitude towards Huawei's HMS. The conditions given by HUAWEI Ads are: 1: 9 in the whole year of 2020, developers can get 90% of the income. The year 2021 will be divided into 2: 8, and developers will get 80% of their income.

Subsequent platform base points become 3: 7. This compares favorably with Google and Apple.

It is also a lesson learned that Microsoft, which dominates the PC operating system, has pushed the Windows Phone mobile phone system to suffer a fiasco. Samsung, the global smartphone overlord, intends to build its own Tizen system, but the domestic Internet giant Ali has also launched a YunOS, later renamed AliOS, shifted focus to IoT.

The root cause of the failure of the three giants is the lack of ecological and service construction.

"The HMS ecosystem needs to be based on a long-term perspective, to continuously polish, and gradually cultivate consumers' awareness and favorability of HMS." Honor President George Zhao admitted that compared with Google's GMS service, the HMS overseas ecosystem has indeed been built from the beginning to the shoulder It takes a process. At present, Huawei and Honor are focusing on making up each short board with the fastest time and speed.

In a research report on Huawei's HMS, Anxin Securities believes that although the HMS ecosystem has just started, Huawei is not without opportunities.

First, based on Huawei's advantages in mobile phones and IoT, its own hardware terminals with high market share will provide Huawei with a good user base for promoting HMS services.

The second is to take the domestic market as the basic disk and actively explore the weak GMS countries' markets. Domestic users have long used domestic manufacturers to modify and customize the Android system, which does not include Google's GMS service, which is conducive to the development of Huawei's HMS service.

Since the end of last year, Huawei has held a number of developer events in the Middle East and Africa region, India, and the United Kingdom, attracting developers from all regions to join the HMS ecosystem. Huawei's plan is that in the future, the Huawei Developer Conference will continue to host a series of events in Europe, the Middle East, South Africa, and Latin America.

Richard Yu once stated in the New Year's Letter of 2020 that overseas HMS services should take survival as the bottom line and give priority to solving overseas ecological problems. Do not pursue short-term commercial benefits, and gradually recover the total amount of overseas business in a few years.

Obviously, the construction of HMS ecology will not happen overnight. The pre-installation of Huawei App Gallery and HMS services for overseas products is only the first step in Huawei's long journey of building an HMS ecosystem.