Black Shark 3 gaming phone will be released on March 3

Black Shark announced today that the Black Shark 3 gaming phone, jointly created with Chinese tech giant Tencent, will be released on March 3 in an online event.

Luo Yuzhou, CEO of Black Shark Technology, said on Weibo, "In cooperation with Tencent, Black Shark's ability to 'stand at games and watch mobile phones' has been greatly improved." 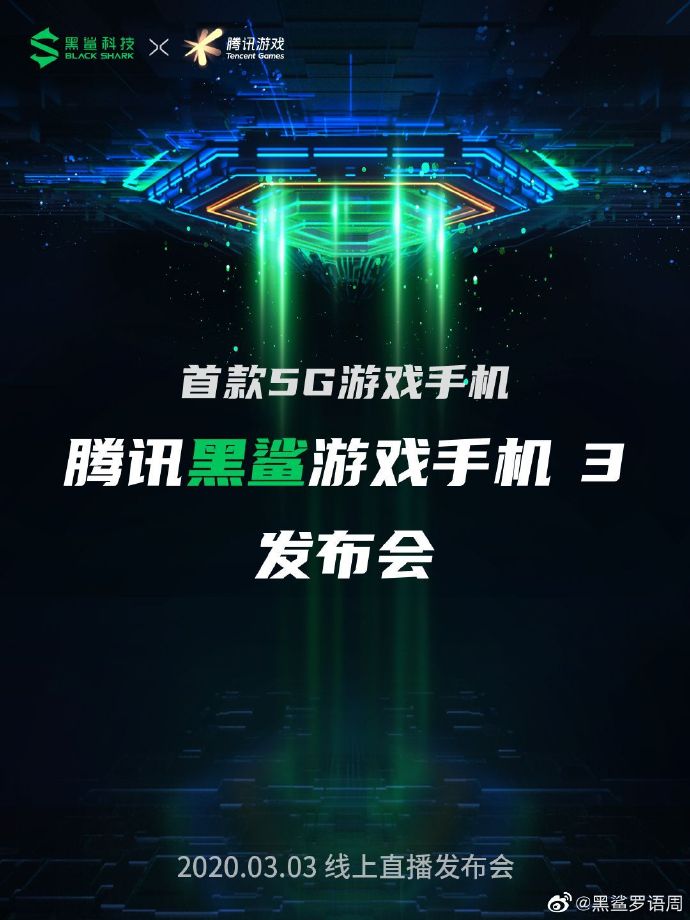 In addition, Luo Yuzhou has suggested that the Black Shark 3 is equipped with 5000mAh, with 65W fast charge, 100% charge in 38 minutes, and the battery cycle life is more than 800 times.

The Black Shark gaming phone and Tencent Games have reached a strategic partnership, which will bring a better mobile gaming experience to players in the future.

At present, more details about this cooperation are not clear. This is not the first time that Tencent Games has cooperated with a domestic mobile phone manufacturer.

The former has reached a cooperative relationship with Xiaomi Mobile to further improve the smoothness of Xiaomi's mobile phone running Tencent Mobile Games.