Huawei responds to cancellation of MWC 2020

Regarding GSMA's decision to cancel MWC 2020, Huawei said on February 13 that it respected the decision and also thanked the organizers and the Spanish government for their efforts for this event.

Huawei will continue to support the development of MWC in Barcelona. At the same time, Huawei will maintain communication with customers and partners through online and regional events to showcase Huawei's leading products and solutions, Huawei said.

According to the original plan, 2020MWC will be held in Barcelona, Spain starting from February 24. However, due to the new crown virus pneumonia epidemic, GSMA finally decided to cancel the event, marking the first time MWC has been suspended since 1995.

On February 12, Huawei announced on Weibo that it will hold its MWC 2020 Global launch press conference on February 23 at 14:00 CET in Barcelona, Spain. 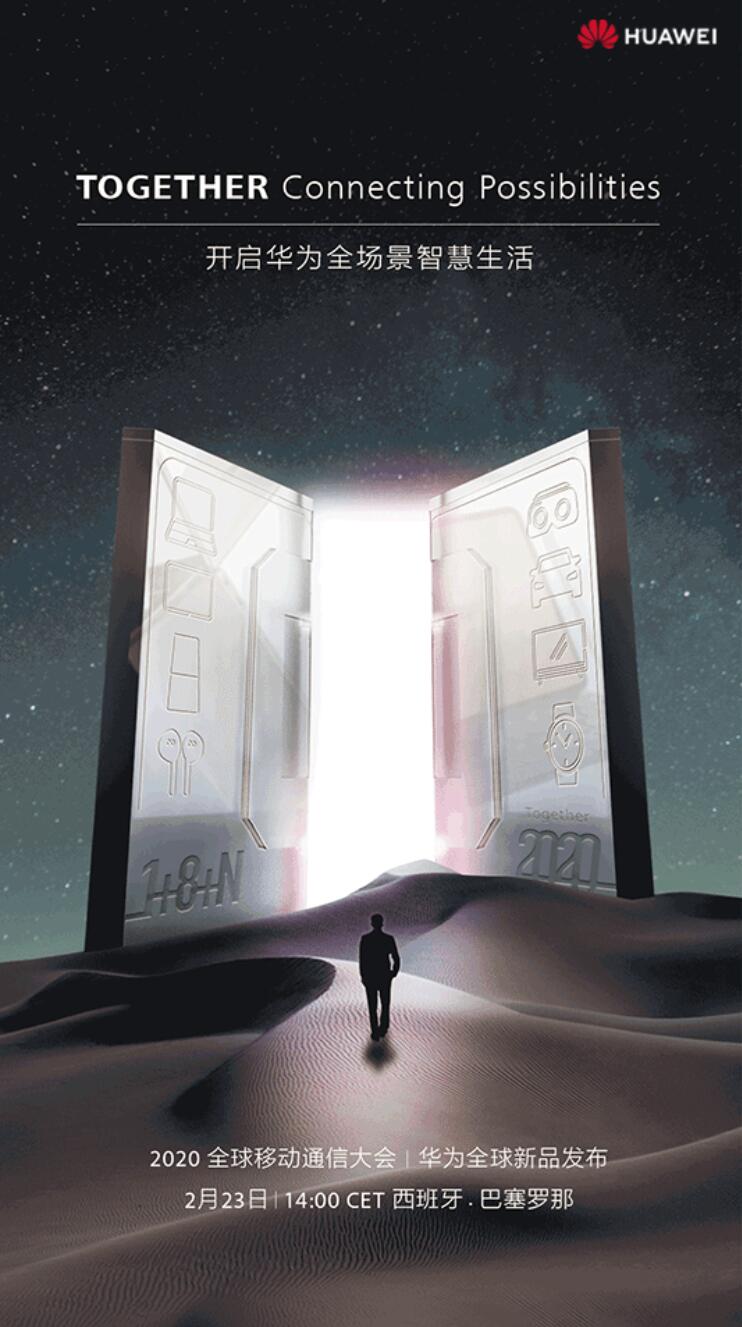 Huawei has not revealed any information about what it's going to launch but the promo image hints the global launch of Huawei Mate X. The promo image also points at a showcase of a bunch of products including smart wearables, notebooks, and IoT devices.

In January, Tencent News reported that supply chain sources said Huawei will release the upgraded foldable phone Mate Xs at the MWC conference and it will be available in March after the release.