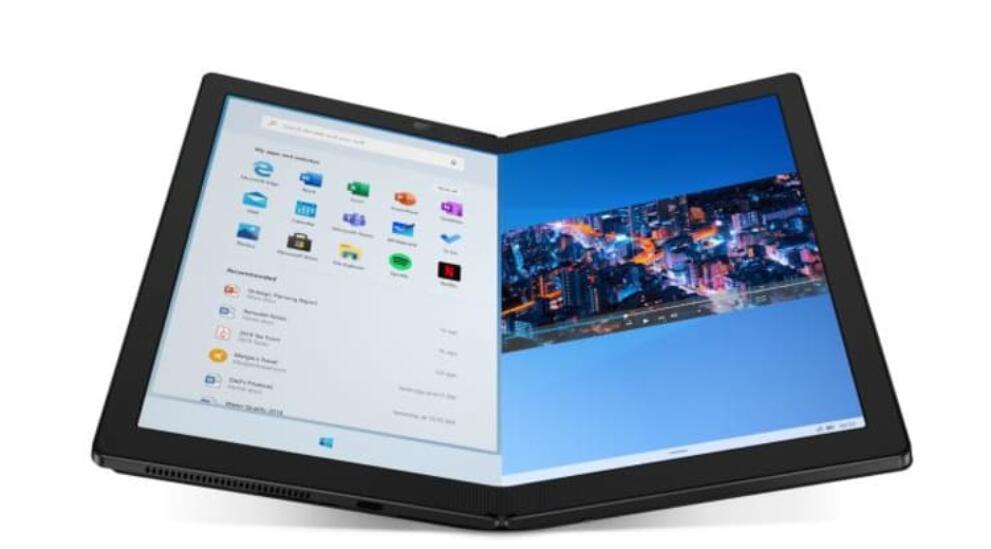 The laptop, featuring a 13.3-inch screen that can bend in half when users shut it close, looks similar to Microsoft’s Surface Neo computer that will launch before the holidays this year but has a single display instead of two side-by side.

When it’s unfolded, users can use the ThinkPad X1 Fold just like a regular tablet. When you need to use it like a laptop computer, you can fold the screen upward and attach a magnetic keyboard.

User can also just type on a digital keyboard that appears when it’s in laptop mode. It also lets you run two apps side by side. So, you might have a presentation on one half of the screen and a video chat on the other half.

Lenovo said it’s using a plastic OLED (pOLED) screen from LG, meaning it is the same as the first iteration of the Samsung Galaxy Fold phone that sometimes sharp objects can easily damage the fragile folding screens.

But Lenovo is confident in the screen that it also supports an Active Pen stylus for drawing or taking notes on the display.

The earliest versions of the foldable will run on Windows 10 Pro, with a Lenovo software skin for duality; a Windows 10X version, which is a streamlined version of Windows designed for dual-screen devices, will come later, likely in the fall.