Home › Health › Will viruses get weaker from generation to generation?
#Health#

Will viruses get weaker from generation to generation?

In recent days, it is easy to see speculations like this:

The virus will weaken continuously during transmission, and that the new coronavirus will reduce its toxicity after several generations of transmission, without causing much harm to the human body. So when the weather gets warmer and the virus's toxicity continues to weaken, the epidemic will prevail without a fight.

The scientific basis given by these speculations is that the intention of the virus itself is to survive and reproduce, not to kill the host. Therefore, the virus will become more contagious and less toxic during transmission. But this seems to be different from our memory of the historically high lethal viruses such as anthrax and plague.

Will the virus really become weaker as they spread? In fact, the answer to this question is easy to find in medical history. 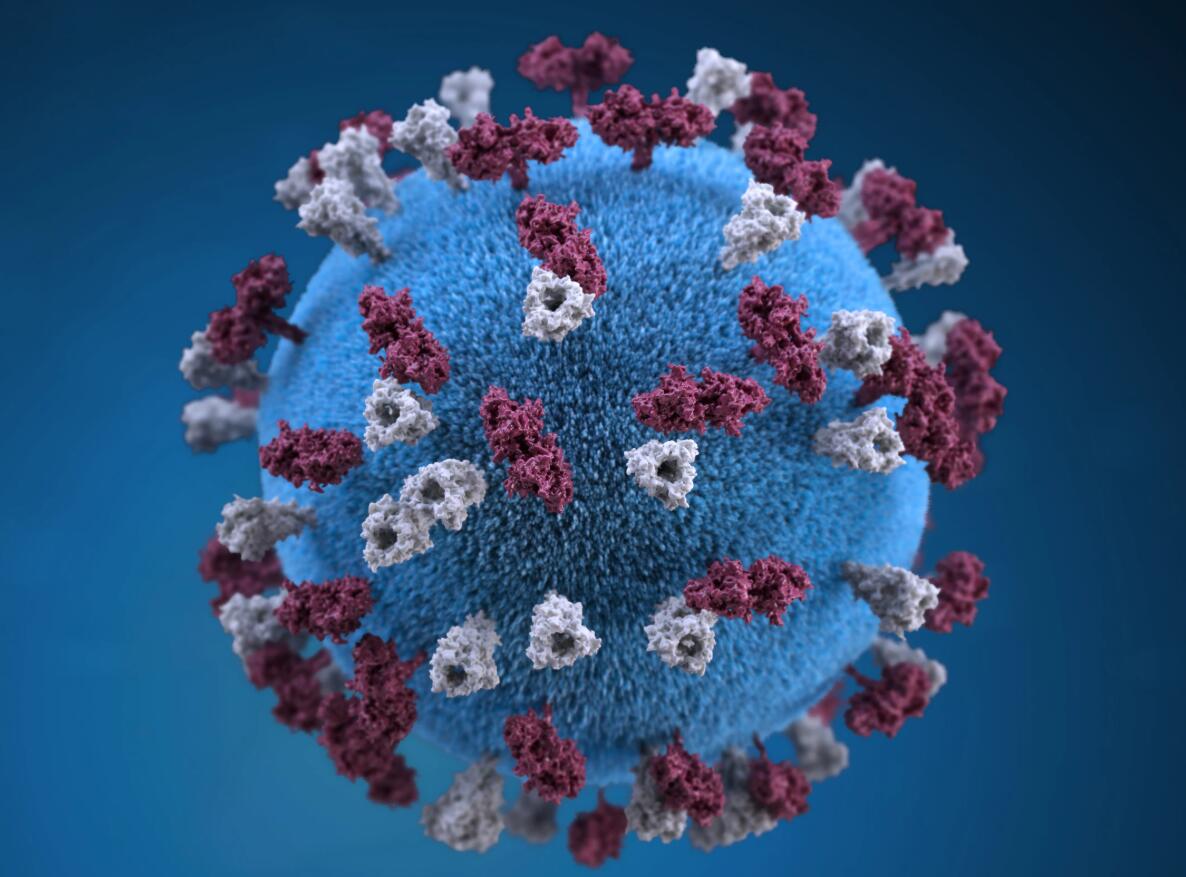 70 years ago, humans did find that the virus became weaker

Under the scientific system, the process of knowing things is always complicated and changeable, and so is human understanding of viruses.

In 1887, the father of modern virology, Ivanovsky, a Russian biologist, discovered the difference between viruses and bacteria while studying tobacco mosaic disease, which opened the trace of viruses in modern medicine.

But it was not until the middle of the 20th century that humans had the opportunity to explain in practice how the virus, as an ultra-small biological unit, has evolved itself.

In terms of virus evolution, the first sample that was studied and analyzed in depth was rabbit myxoma virus. The virus, which was transmitted between rabbits, was first discovered in the United States. Its disease is mainly caused by benign tumors in hares.

But after the rabbit myxoma virus reached Europe, it turned into a very lethal virus.

In 1950, the Australian hare became stricken, and the government made a very creative decision to introduce the virus from Europe. Use the "viral warfare" to fight the flood of hares.

The result was even more unexpected. The most lethal and most pathogenic virus strains introduced from Europe were mutated after brief transmission in Australia.

After the mutation, the weakly toxic rabbit myxoma virus became the mainstream, but the immunity of many hares was greatly improved.

Although this famous public case in the history of modern medicine has not solved the Australian hare, it has solved the long-curious question of human beings: what is the relationship between the virus and the host?

After more medical observation and research on Australian hares, virology summarized the basic law of virus evolution: maintaining co-evolution with the host.

Viruses, like cells, undergo fission and fission into the main mode of reproduction. It does not aim to destroy the host but hopes to coexist with the host and complete more fission through infection.

After this case, a basic common view on viral evolution emerged in virology. By the 1980s, gene isolation technology was relatively mature, and there was more microscopic evidence on the study of virus evolution.

Facts have shown that the virus will weaken the mortality rate during transmission, and it is credible to coexist with humans. Of course, there are some viruses that do not fit this evolutionary model.

In fact, some of the well-known terrorist viruses also show a tendency to weaken the mortality rate during the transmission process.

For example, Joseph McCormick, a well-known infectious disease scientist and a long-term follower of Ebola virus, found in practice that Ebola virus became clearly "moderate", and the virus toxicity even decline after multiple generations of transmission.

In 2017, the Proceedings of the National Academy of Sciences published a report from the Oxford University research team. The study suggests that AIDS has also changed in the human immune system, and that the toxicity of HIV is declining.

Its clinical manifestation is that the spread of HIV in the body after 10 years has decreased by 10% compared with 10 years ago, and the latency period of AIDS has also increased significantly since the 1990s.

In this way, it seems that in 70 years, humans have discovered a law of infectious diseases: during the transmission of viruses, the toxicity does decrease. However, it should be noted that this phenomenon often occurs only in the early stages of virus outbreaks and is not comprehensive.

Co-evolution and moderate toxicity are the norm

Back to the story of rabbit myxoma virus. Although the virus did not eliminate the hare on a large scale, in the follow-up analysis of the virus for more than ten years, the disease did not disappear. On the contrary, moderately toxic rabbit myxoma virus has been transmitted in Australia, and its toxicity is enough to cause harm to many hares.

It can be seen that the reduction in the virus's toxicity during transmission is not endless. Just as the Ebola virus has reduced its toxicity, the reduction is not significant, and it does not prevent Ebola from being one of the most dangerous viruses in the world today.

The fundamental problem here is that the virus is not pursuing "peaceful symbiosis" with human beings, as many voices say.

This anthropomorphic expression may be used to describe the basic fact that the toxicity of the infectious virus may be weakened, but it is also easy for the reader to misunderstand that the virus is like an animal capable of thinking and will eventually live in peace with humans.

In fact, the fundamental purpose of virus survival is to obtain the materials and energy that it needs from the host, which has led to "illness" in the human position.

In order to ensure that this acquisition can be performed for a long time, the virus will evolve more "diversity" during the growth process to adapt to various host environments, which leads to mutation of the virus in the infection.

In other words, the mutation of the virus is to spread more targets, not to live in peace with human society.

According to this logic, on the one hand, viruses with extremely high lethality are easily eliminated by Darwin's law, which means that rapid death of the host will prevent the virus from transmitting to the next host.

In other words, from the perspective of the virus, the death of the host and the host's immune system are equally dangerous.

So, although there are exceptions to some viruses, most viruses evolve to moderate toxicity. This means maintaining a balance between lethality and transmission rate-few viruses weaken infinitely, but many viruses are more cunning and more dangerous.

At present, it is normal for mainstream infectious viruses to constantly mutate and maintain moderate toxicity. This is true of viruses such as bird flu and swine fever.

The original high-fatality bird flu has been difficult to see, but the less virulent bird flu that can be tracked is also very rare. On the contrary, moderately toxic atypical bird flu and mild bird flu often occur in various parts of the world.

Beware of the randomness and cross-species variation of the virus

Like all microorganisms, the evolution of the virus itself has shown stability and selectivity, such as the moderately toxic characteristics mentioned above. But at the same time, virus transmission is also quite random.

It is equally dangerous if we think that virus transmission will continue to weaken, ignoring the fact that the virus may suddenly mutate in the host community and move towards an abnormal increase.

In the continuous development of molecular virology, it has been found that there are obvious "quantum fluctuation characteristics" in virus transmission. If the virus mutates with nucleotides as the node, then it often appears that the quantity changes of toxicity and infectivity.

And if the virus uses the nucleic acid nodal point as a node to mutate, it is likely to cause qualitative changes, and this qualitative change often brings abnormal enhancement of pathogenicity and infectivity.

The biggest possibility of "viral qualitative change" is encountering a completely new host environment. For example, transmission through different intermediate hosts, such as transmission across temperature and humidity environments.

The immune system of the new host will push the virus to uncertainty, bringing constant changes and great challenges to the prevention of infectious diseases.

Therefore, extremely dangerous viruses are generally generated by cross-species transmission. This aspect tells us to really stop touching wild animals. On the other hand, it reminds us not to think that the virus will continue to weaken and ignore the virus's cross-species and regional environment. And other modes of transmission, but the possibility of virus enhancement.

The virus itself is complicated, and the situation of each virus is more complicated. Instead of believing in simple and one-sided logic, it is better to protect it and listen to the opinions of front-line experts.

Everyone does his best to prevent and control the epidemic, which is more valuable than blind optimism and pessimism.

Good article, however it suggests plague was caused by a virus when it was in fact caused by Yersinia pestis, a bacterium, and also says anthrax is a virus when it is in fact the Bacillus anthracis bacterium and not a virus, which reduces the credibility of the article a little!