Luckin Coffee said to be mulling new funding round

Fivestar is a potential participant in a new round of funding for Luckin Coffee, but can't say it's a confirmed participant yet, the company said.

Luckin Coffee responded Wednesday that the company does not have any financing arrangements in the near future, according to nbd.com.cn.

Under the investment agreement, Centurium Capital and Joy Capital may invest an additional $150 million year-over-year under certain circumstances.

The closing of the transaction is subject to several closing conditions, including the completion of a debt restructuring arrangement between Luckin Coffee and the holders of $460 million of convertible debt.

Luckin Coffee began to achieve group-wide profitability in May of this year, meaning it finished the year ahead of schedule, Tech Planet reported in early August.

In July 2020, Luckin Coffee's single-store cash flow had turned positive. At the time, Luckin Coffee management expected the company to be profitable overall in 2021, the report said.

On January 7, 2021, Luckin Coffee employees received an all-hands email from the president's office, which included that more than 60 percent of owned stores should be profitable as of November, with overall profitability planned throughout 2021.

This means that Luckin Coffee is the first local Chinese coffee company to achieve profitability.

Luckin Coffee was delisted from the US stock market on June 29, 2020 due to financial fraud. It agreed to pay a $180 million civil penalty in a settlement it reached with the SEC in February of this year. 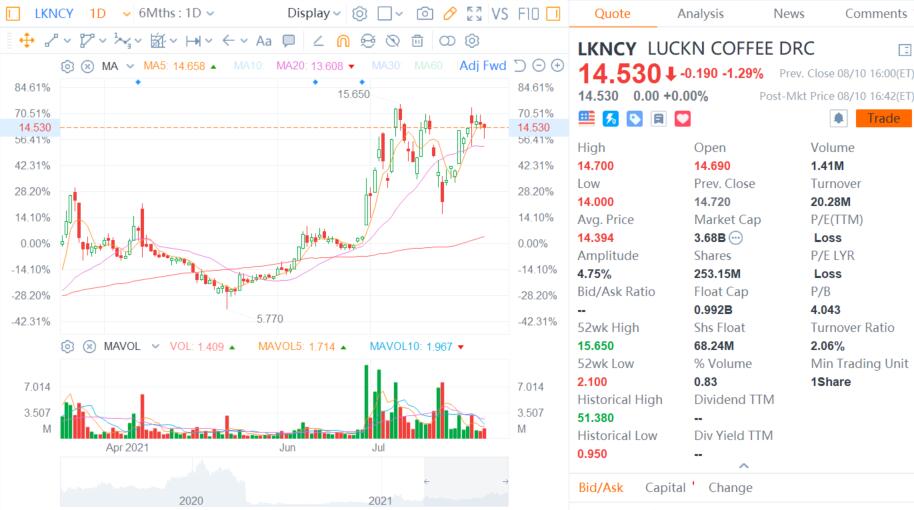