In terms of user duration, Bilibili has stabilized at more than 80 minutes, lower than TikTok's more than 100 minutes, the report said.

Bilibili was founded in 2009 and first focused on Animation, Comics and Games (ACG). After twelve years of natural growth, Bilibili grew to become the largest video community in China.

According to data released by Bilibili 2019, more than 60% of Bilibili users who registered in 2009 are still active ten years later.

Bilibili 2019 has around 38 million daily active users and a market cap of $7 billion. Its market capitalization is currently over $30 billion.

Bilibili has been boosting user growth in a number of ways over the past two years, establishing a dedicated growth division in 2020, and continuing to lower the barrier to membership.

In terms of content operations, Bilibili is moving away from the natural growth model of the past and is accelerating the targeted incubation of new content segments and spinning them off independently to attract more creators and users to join. 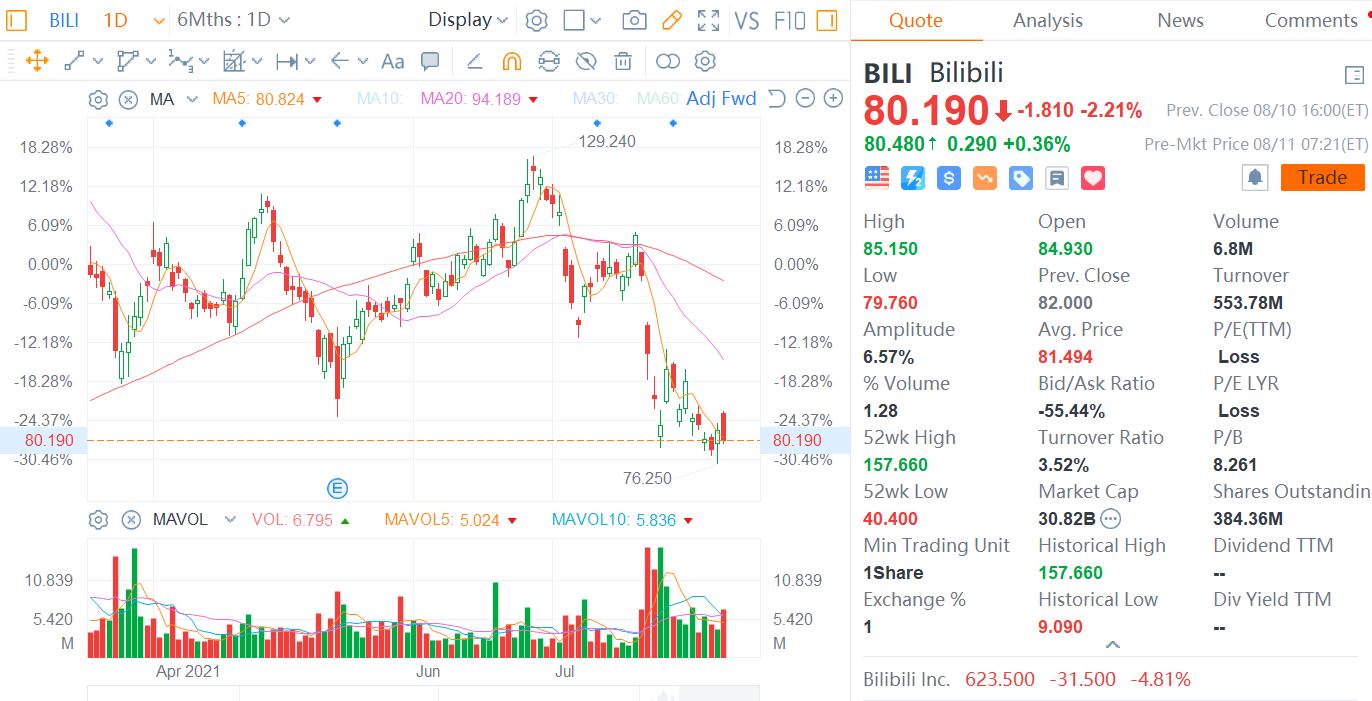