A female employee of Alibaba accused her superior and a company client of raping her, becoming the focus of attention for Chinese Internet users this weekend and leaving the Chinese e-commerce giant facing one of its biggest crises since its inception.

According to discussions circulating on the Internet, the female Alibaba employee was asked by her leader to accompany a vendor client for drinks and was raped by her leader as well as the client after she was intoxicated, the People's Daily reported Sunday.

The employee had complained to Alibaba's departments, including human resources, but received no response and was finally forced to hand out flyers in the company's cafeteria to complain.

The employee went to Jinan on a business trip on July 27 and found out on July 28 that she had been assaulted and called the police. She had reported to Alibaba management several times, but never saw results, according to the report.

The employee posted a nearly 8,000-word article detailing the incident on the Alibaba intranet on Aug. 7, saying she was determined to fight to the end and never give in.

On the evening of Aug. 7, Alibaba responded that the company will not tolerate such incidents and will fully cooperate with the police in their investigation, and the suspected employee has been suspended.

Alibaba CEO Daniel Zhang said he was "shocked, angry and ashamed" to learn of the incident and that the company would investigate it as soon as possible to give the public an explanation.

The incident sparked a great deal of concern among Chinese Internet users, with related topics topping the Weibo trending topics over the weekend.

In an article on Sunday, official media Global Times said the public questioned why the incident happened on July 27 but was never addressed, and that Zhang's statement was still met with criticism.

"Alibaba's overall image is in trouble, and the assault of a female employee comes at a sensitive time for the company, causing a heavy blow to the company's reputation," the article said.

The incident is not difficult to clarify after police intervention, and the criminal responsibility will of course be borne by the person concerned, which should not cause serious legal implications for Alibaba. Yet rebuilding an ethical image is a difficult task for the company, the article said.

Alibaba, one of the leading companies that have made significant contributions to China's Internet economy, will hopefully be able to quietly carry out adjustments and accept both legal and ethical prodding to achieve a more robust, and also more powerful, relaunch, the article said.

It reported an operating profit of RMB 30.85 billion for the quarter, down 11 percent year-over-year.

Alibaba announced in its earnings report that it is expanding a share repurchase program from $10 billion to $15 billion, which will last until the end of 2022. This is the largest buyback program ever undertaken by the company. 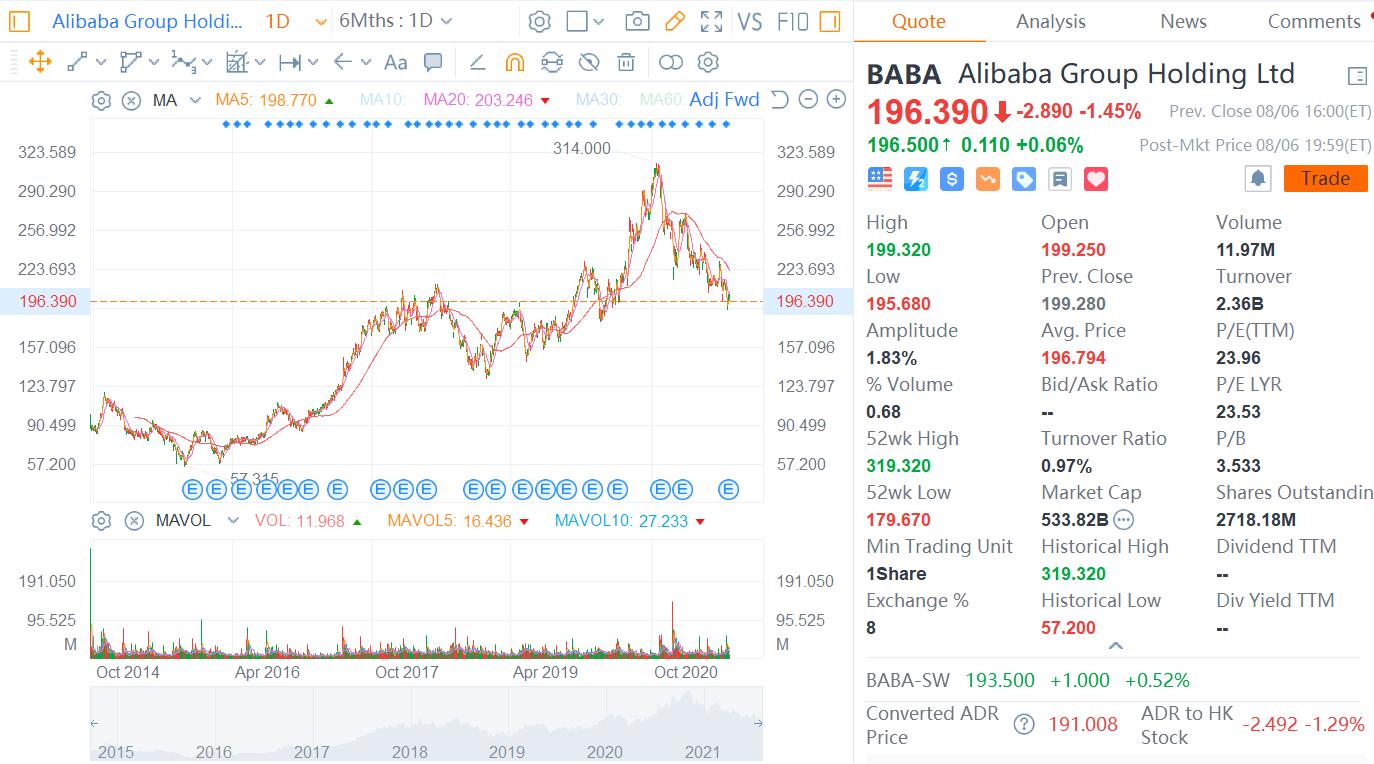