Citi maintained a Buy rating on Alibaba in its latest research note but lowered its price target to HK$288 ($37) from HK$297.

Alibaba's overall revenue was lower than expected, with slower growth in cloud services and customer management revenue, though adjusted EBITA and net income were both better than expected, Citi said.

The company will reinvest earnings in a new business direction unchanged in the fiscal year 2022, and the effectiveness indicators of new investments mainly lie in users, order growth, user experience, and dispatch rate, it said.

Its management noted that its investment strategy shifted from a single app to a multi-app strategy and expects to gradually increase its user base and revenue through new apps, Citi noted.

Alibaba's management welcomes the potential cross-platform openness and enhanced connectivity, which it believes will have a positive effect on reducing merchant operating costs and improving the user experience.

Alibaba reiterated that the company complies with mainland privacy regulations and will not use data or algorithms to maximize advertising real estate, the report noted.

As of June 30, 2021, Alibaba's ecosystem reached 1.18 billion annual active consumers globally, an increase of 45 million from the previous quarter, with 912 million consumers from the China market.

Alibaba has repurchased approximately $3.68 billion of stock in the second quarter. Alibaba's board of directors has authorized the company to increase the total repurchase program from $10 billion to $15 billion, effective through the end of 2022. 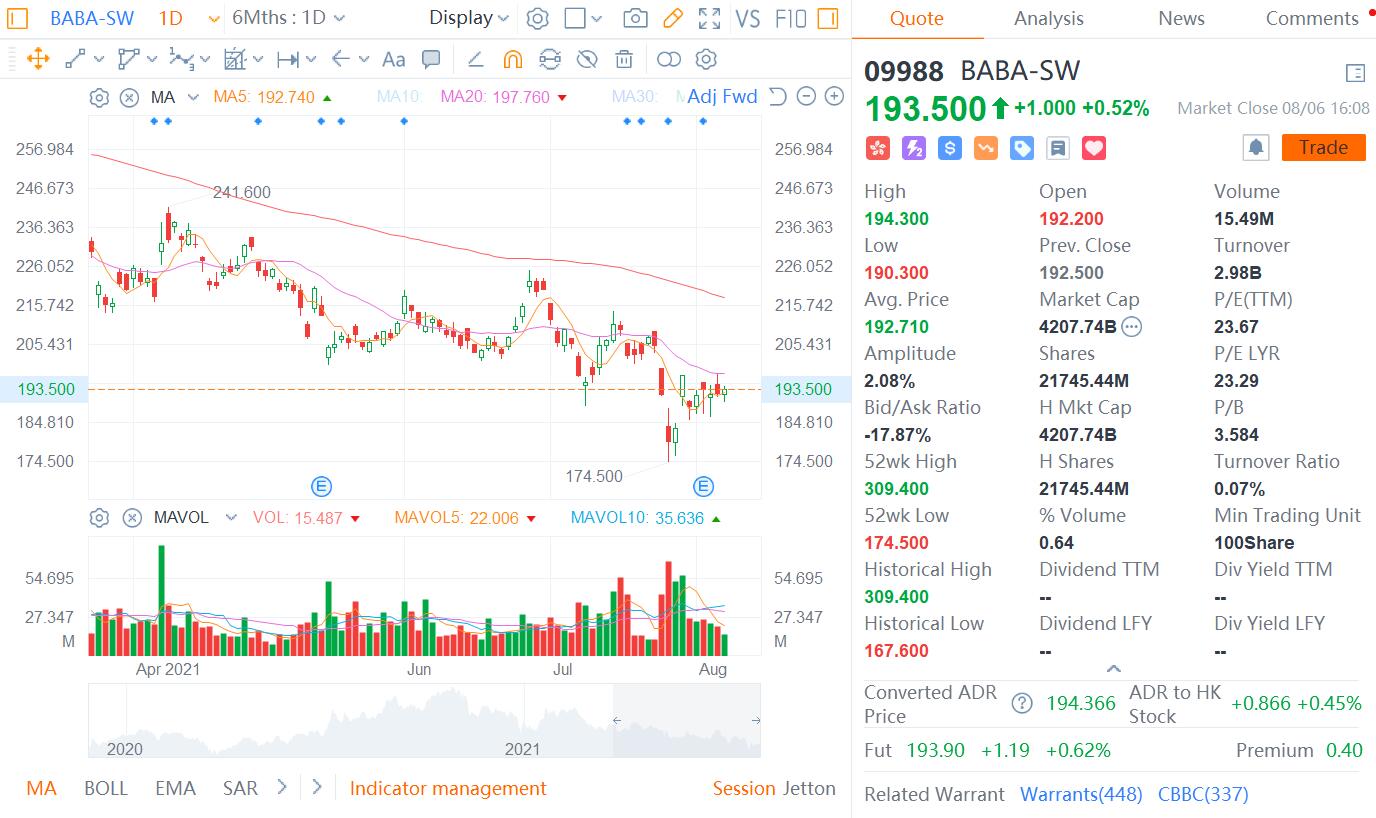