Chinese coffee brand Luckin Coffee realized overall group profit in May, meaning it is ahead of its target for the year, Tech Planet reported Thursday.

After accounting for rent, ingredients, and labor, the average cost per cup of coffee is about RMB 10 yuan ($1.50) to RMB 11 yuan, and can be profitable if sold for less than RMB 24 yuan, the report said, citing Luckin Coffee employees.

In mid-2020, Luckin Coffee said at its mid-2020 national conference in Xiamen that more than 4,000 stores in China were open for business as usual, more than 30,000 employees were on time, and the number of new users continued to rise.

In July 2020, Luckin Coffee's single-store cash flow had turned positive. At the time, Luckin Coffee management expected the company to be profitable overall in 2021, the report said.

On January 7, 2021, Luckin Coffee employees received an all-hands email from the president's office, which included that more than 60 percent of owned stores should be profitable as of November, with overall profitability planned throughout 2021.

This means that Luckin Coffee is the first local Chinese coffee company to achieve profitability.

Luckin Coffee was delisted from the US stock market on June 29, 2020 due to financial fraud. It agreed to pay a $180 million civil penalty in a settlement it reached with the SEC in February of this year.

Luckin Coffee's stock is still tradable on the OTC market despite its delisting, up nearly 70 percent so far this year. 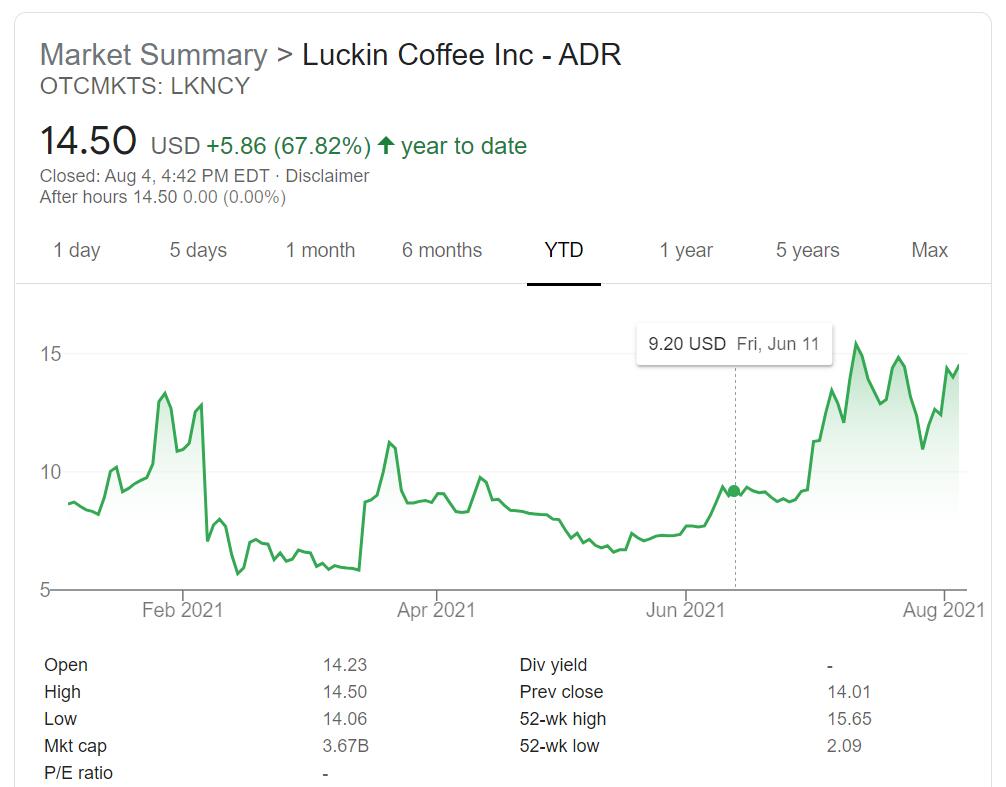