China's official media, the Economic Information Daily, published an article on Aug. 3 that said online games were addicting minors, comparing them to new types of drugs and raising investor concerns that the industry would face a crackdown.

In 2020, more than half of China's teenagers were nearsighted, and there is a growing trend of addiction to online games affecting schooling and triggering personality alienation. "The dangers of games are increasingly gaining social consensus, and they are often referred to as ' spiritual opium' and 'electronic drugs,'" the report said.

The report cited a survey criticizing Honor of Kings, Tencent Games' most popular online game among students, saying that 47.59 percent of students participating in the survey play the game regularly.

Honor of Kings, which launched in 2015 and has 100 million daily active users in 2020, is the most popular mobile game in China. The report says the game "has gained viral spread and unrepeatable player stickiness."

The report cited a number of parents and teachers describing the minors' obsession with the game, saying that the rate of myopia and depression detection among Chinese minors has gradually increased in recent years.

The report cited Lin Wei, vice president of the Chinese Academy of Social Sciences University, who said that few people can become professional eSports players and that the growth of minors comes first, and that "no industry or competition can be developed in a way that destroys a generation. "

The report triggered a plunge in the share prices of Hong Kong-listed companies with gaming businesses. Tencent Holdings and NetEase fell more than 10 percent, and CMGE fell more than 21 percent. 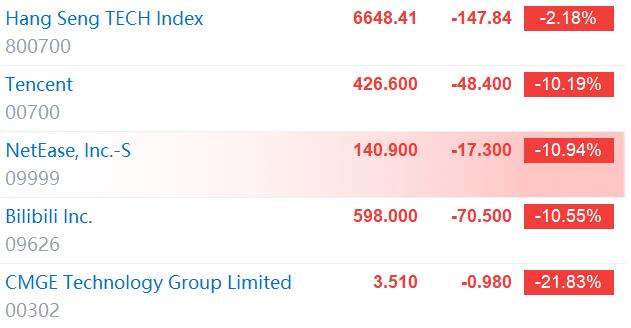