China's IaaS market size was $3.85 billion in the first quarter, up 42.56 percent from the same quarter last year, the data showed.

The market landscape remained stable in the first quarter, with the top five occupying 77 percent of the market share.

It is expected that by 2024, the global share of China's public cloud services market will increase from 6.5 percent in 2020 to more than 10.5 percent, according to IDC's previous report. 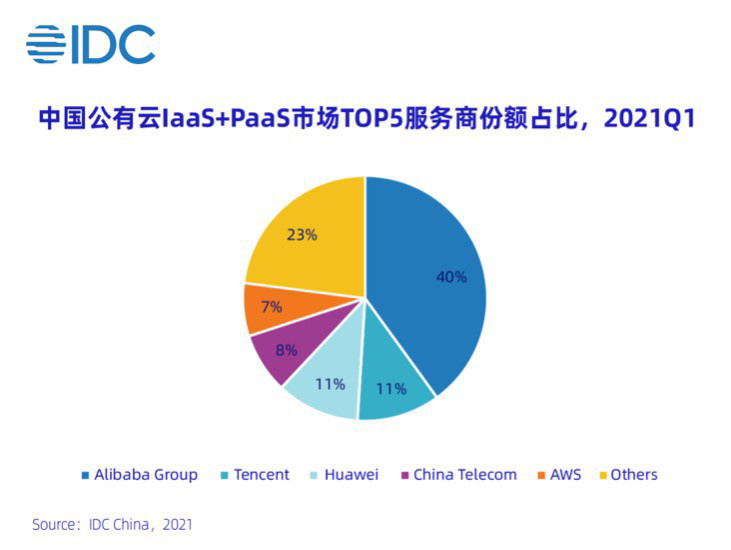