Thanks to the persistence of all employees, Honor's market share has rebounded from a low of 3 percent to the top three in China in just three months, the company said.

Honor said the Honor 50 series will take the company even further, with the Magic 3 expected to kick off its rise in the high-end market.

Honor had a 16.7 percent market share in China at its peak, but that number fell to 3 percent in the first quarter of 2021, after its spin-off from Huawei.

On June 16, Honor unveiled the Honor 50 series, its first phone since independence from Huawei, and announced a major shake-up of Honor's phone lineup.

Zhao said at the time that Honor had survived its toughest moment, climbing from a low of 3 percent to 9.5 percent market share. 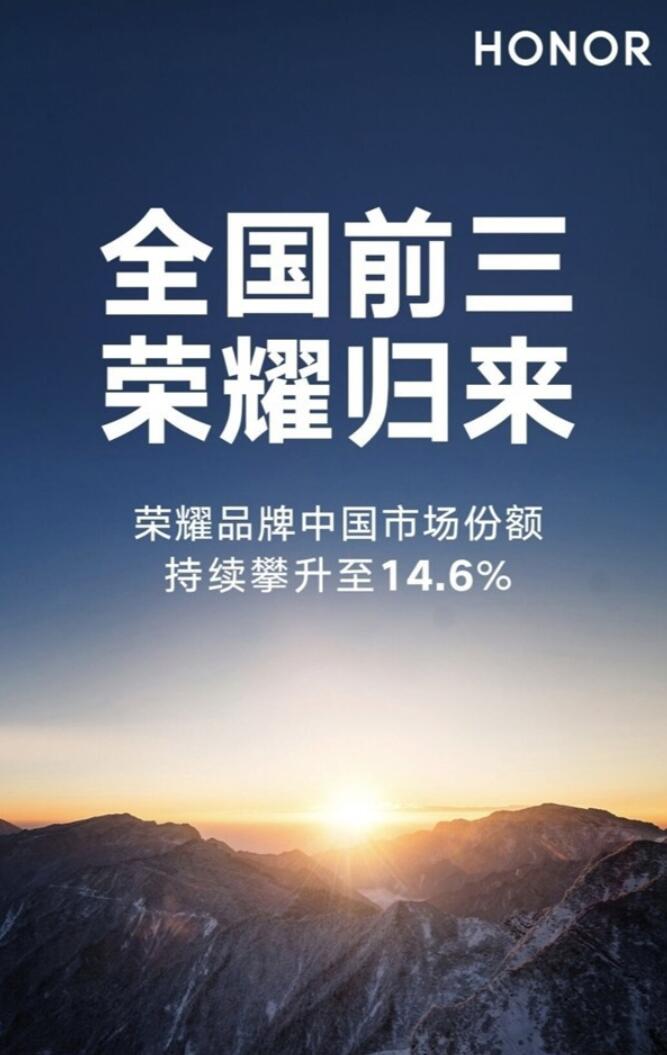