In the second quarter, Xiaomi reached a global market share of 17 percent, ahead of Apple's 14 percent, to rank second for the first time, according to a report released by market research firm Canalys Research on July 15.

Samsung remained in first place with a 19 percent market share, the report showed. Global smartphone shipments grew by 12 percent in the second quarter. 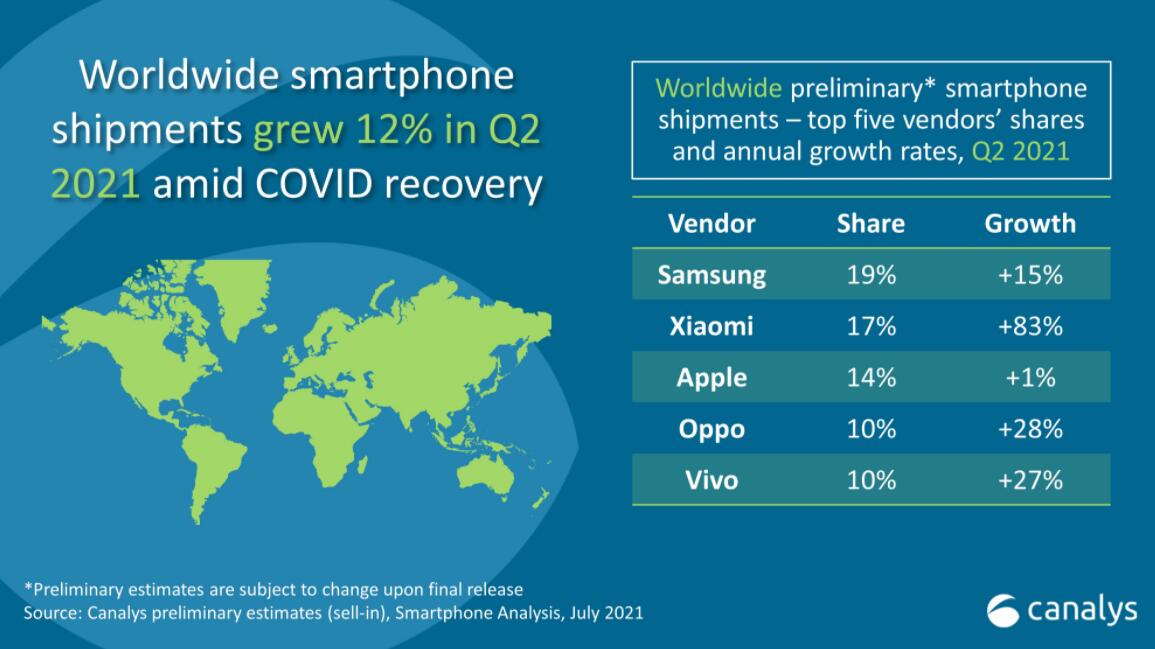 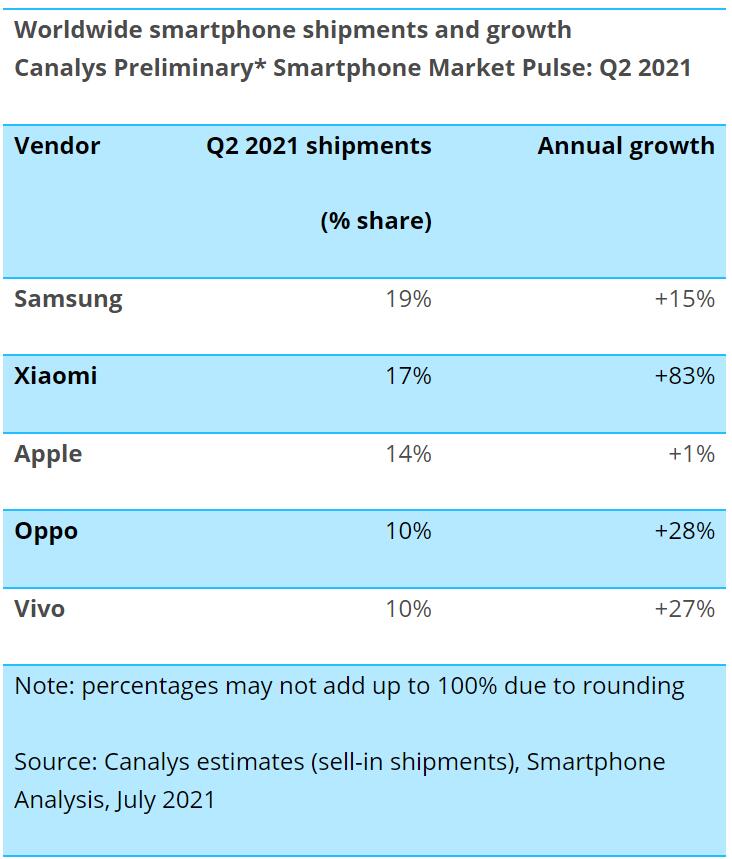 "And as it grows, it evolves. It is now transforming its business model from challenger to incumbent, with initiatives such as channel partner consolidation and more careful management of older stock in the open market," Stanton said.

Xiaomi founder Lei Jun said in a letter to employees Friday that becoming No. 2 globally is "a major victory for our strategy," and that Xiaomi has become a truly global company with 50 percent of its revenue contribution from overseas markets and now No. 1 market share in more than a dozen countries.

In the third quarter of 2014, Xiaomi entered the top three globally for the first time, single then suffered great difficulties and fell out of the global top five, Lei said in the letter.

In 2016 Xiaomi began a complete overhaul, and after five years of hard work, it has achieved a huge improvement in its products and has gained a firm foothold in the high-end market, Lei said.

However, Canalys' Stanton said in a report that Xiaomi is still largely skewed toward the mass market, with average selling prices about 40 percent and 75 percent lower compared to Samsung and Apple, respectively.

So a major priority for Xiaomi this year is to grow sales of its high-end devices, such as the Mi 11 Ultra, Stanton said.

But it will be a tough battle, with Oppo and Vivo sharing the same objective, and both willing to spend big on above-the-line marketing to build their brands in a way that Xiaomi is not.