TikTok and its Chinese version Douyin reached 65 million downloads in June, bringing its cumulative downloads to 3 billion, making it the first non-Facebook app to reach this milestone, according to a report by mobile app data analytics firm Sensor Tower.

Sensor Tower Store Intelligence data shows that TikTok was the world's most downloaded and highest-grossing non-game app in the first half of 2021, with 383 million first-time installs and approximately $919.2 million in consumer spending. 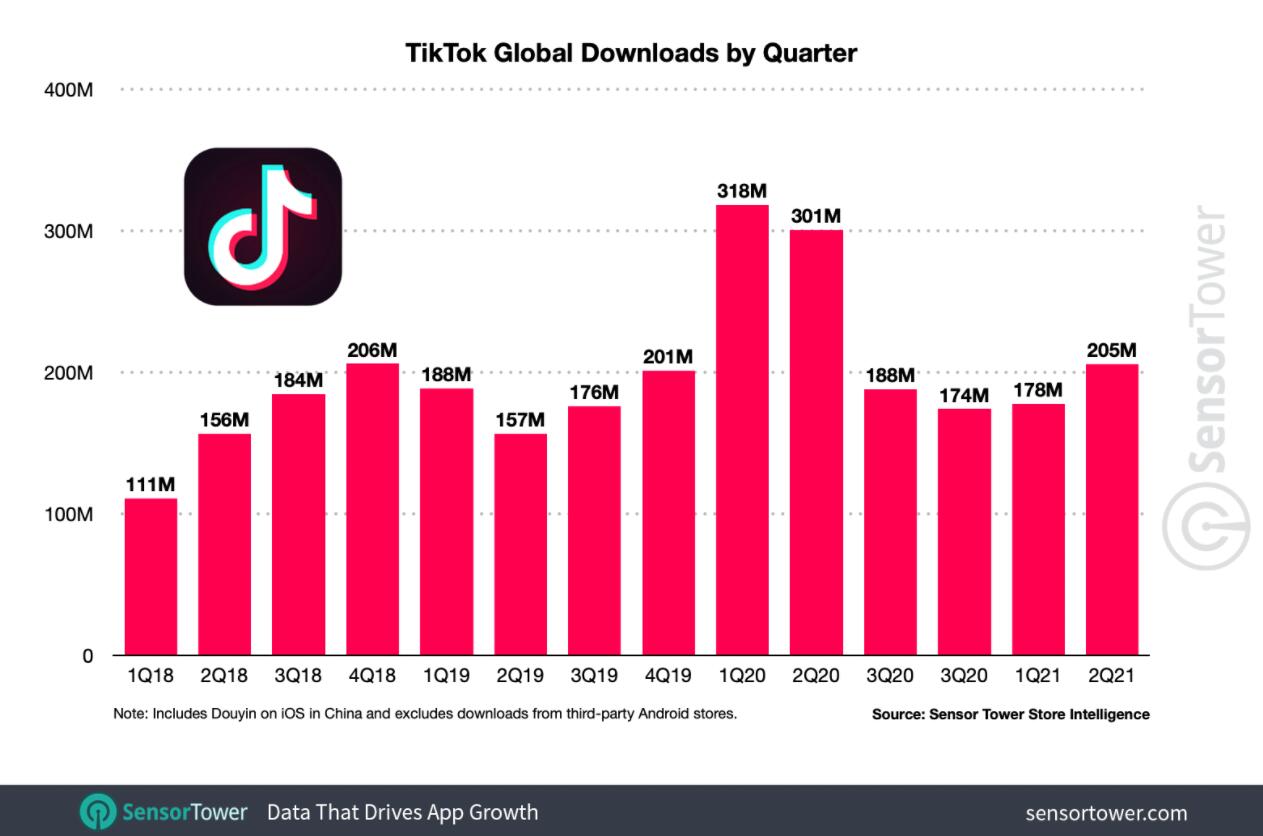 TikTok's new downloads declined 38 percent year-over-year from nearly 619 million in the first half of 2020, but this was partly due to the app being removed from the app store in India. Even so, consumer spending on TikTok increased 73 percent from $530.2 million a year ago.

The app has now been installed more than 3 billion times, making it the fifth non-gaming app to reach this goal. The other four apps to reach 3 billion installs are, WhatsApp, Messenger, Facebook and Instagram, all of which are owned by Facebook.