Meituan has issued 11.353 million shares to Tencent, equivalent to 0.2 percent of its enlarged issued share capital, the company said in an announcement on the Hong Kong Stock Exchange on Tuesday.

Tencent's subscription price is about HKD 273.78 ($35.25), and Meituan estimates the net proceeds are expected to be about $400 million, the announcement said.

Meituan intends to use the proceeds for technological innovation, including research and development in cutting-edge technologies such as unmanned vehicles and drone delivery, and for general corporate purposes, the announcement said.

This is part of Meituan's previous $10 billion financing plan.

In late April, the company announced it would raise nearly $10 billion through a share offering and debt issuance, the most ever for a Hong Kong-listed company.

Prior to this, Tencent's stake in Meituan was 17.3 percent, and after the completion of the entire matter, Tencent holds 17.2 percent.

Meituan fell 4 percent to HK$283.2 in early trading on Wednesday. The stock closed up 3.44 percent yesterday. 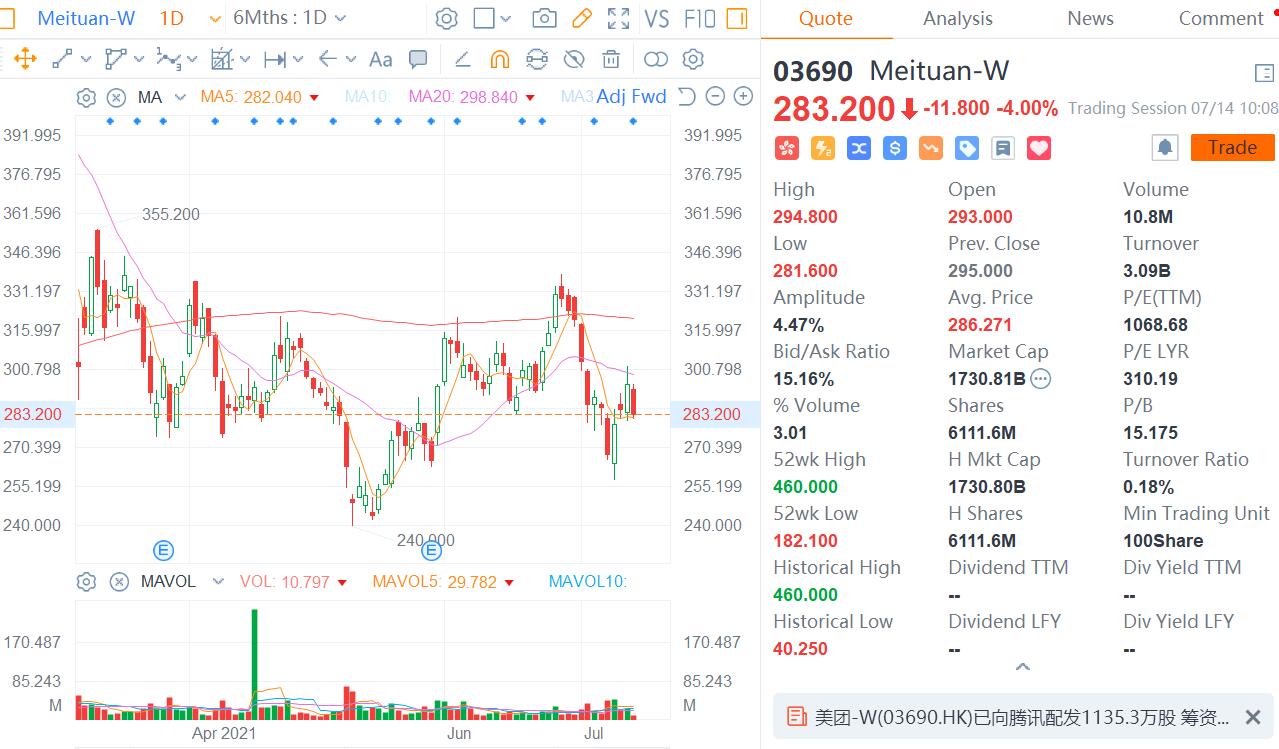 Meituan is on the verge of becoming the next internet company to surge to 100,000 employees in a short period of time, following Byte Dance.

Meituan had 46,000 full-time employees before going public in June 2018, with salespeople making up 61 percent of the workforce. The number of employees grew steadily over the next two years, reaching 57,000 in June 2020. The pace of hiring has accelerated since then, with Meituan's employees swelling to nearly 70,000 six months later.

Meituan said to plan 60,000 new hires this year to double its workforce