Didi's app ordered to be removed from app stores

Bad luck is not over for Didi Chuxing, the Chinese ride-hailing giant that just went public in the US after it encountered China's cybersecurity review.

The State Internet Information Office of China issued a statement on Sunday saying that Didi's app had serious violations of the law regarding the collection and use of personal information, so it has notified app stores to take down the app.

Didi was asked to strictly follow the legal requirements and refer to the relevant national standards to seriously rectify the problems and effectively protect the security of the personal information of users, the brief statement said.

Didi responded by saying that it is firmly implementing the requirements of the relevant state departments and has suspended new user registration on July 3. Didi App will be taken down and rectified in strict accordance with the requirements.

"Sincerely thank the competent authorities for guiding Didi to investigate the risks, we will seriously rectify and continuously improve our risk prevention awareness and technical capabilities," Didi said, adding, "We will continue to protect user privacy and data security, prevent network security risks, and continue to provide users with safe and convenient service."

Didi said that users who have downloaded the Didi App can use it normally, and that passenger travel and driver taking orders are not affected.

However, as of press time, the function of invoicing within Didi Travel is temporarily unavailable. It is unclear when the feature will be restored.

To cooperate with the network security review and prevent the expansion of risks, Didi stopped new user registration during the review period, the Friday announcement said.

Didi responded by saying that it would actively cooperate with the review, comprehensively sort out and investigate network security risks, and improve its network security system and technical capabilities.

Didi landed on the New York Stock Exchange on June 30 under the trading symbol "DIDI" and opened at $16.65, nearly 19 percent higher than its offering price of $14. 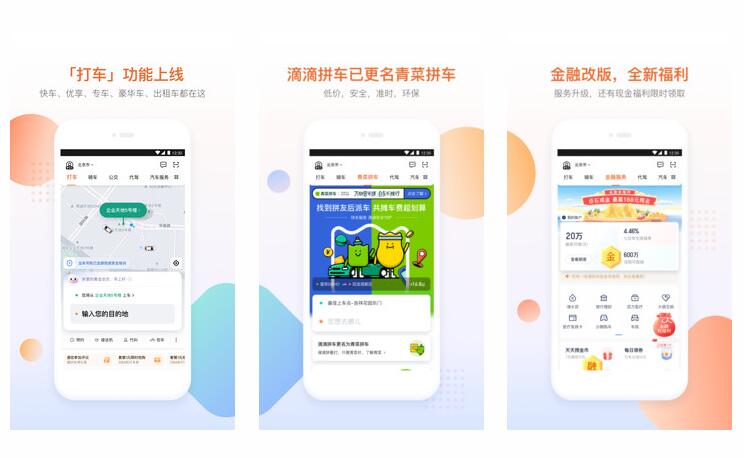