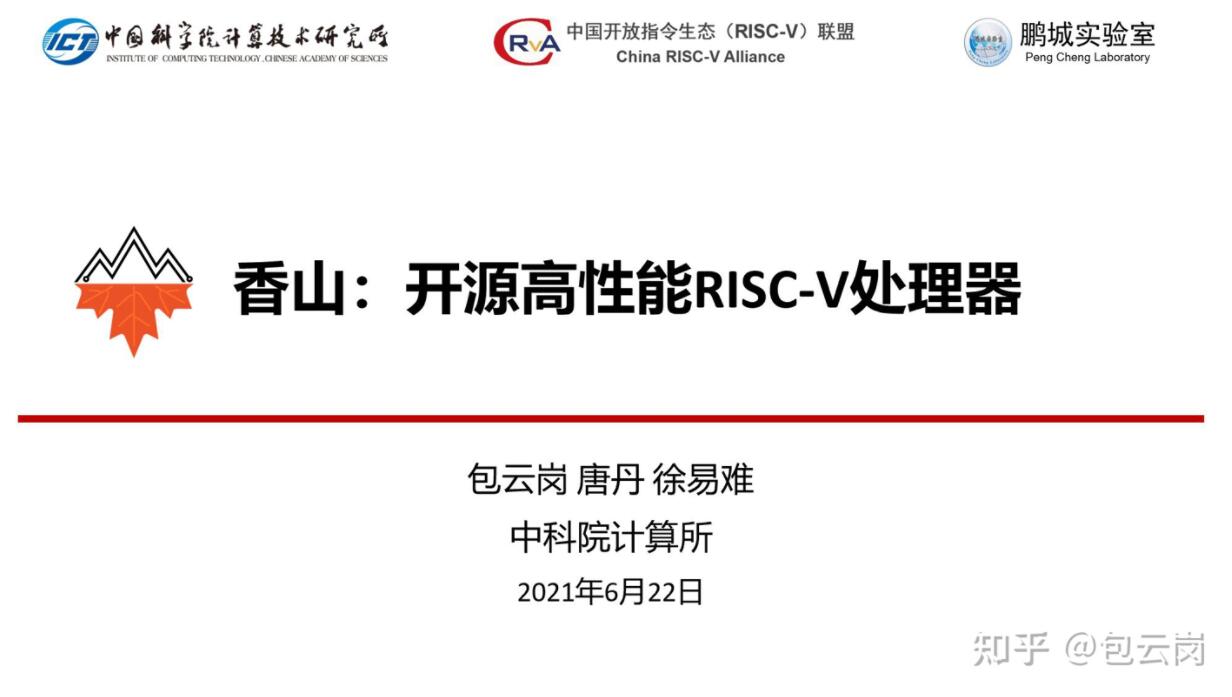 Open source products like Linux exist in the operating system space, but not in the CPU space. In the view of one Chinese team, that's something that needs to be corrected.

Xiangshan is more widely known in China as Fragrant Hills Park in Beijing, a 188-hectare royal garden with mountain and forest features.

Bao said there is no open-source product like Linux in the CPU space, so his team believes the industry needs an open-source and high-performance RISC-V processor.

The hope is that it will both be widely used by industry and support academia in experimenting with innovative ideas, he said, adding that the goal is for it to survive for at least 30 years like Linux.

Xiangshan is developed in conjunction with industry companies through the China Open Instruction Ecology (RISC-V) Consortium, with support from ICT and Peng Cheng Laboratory. 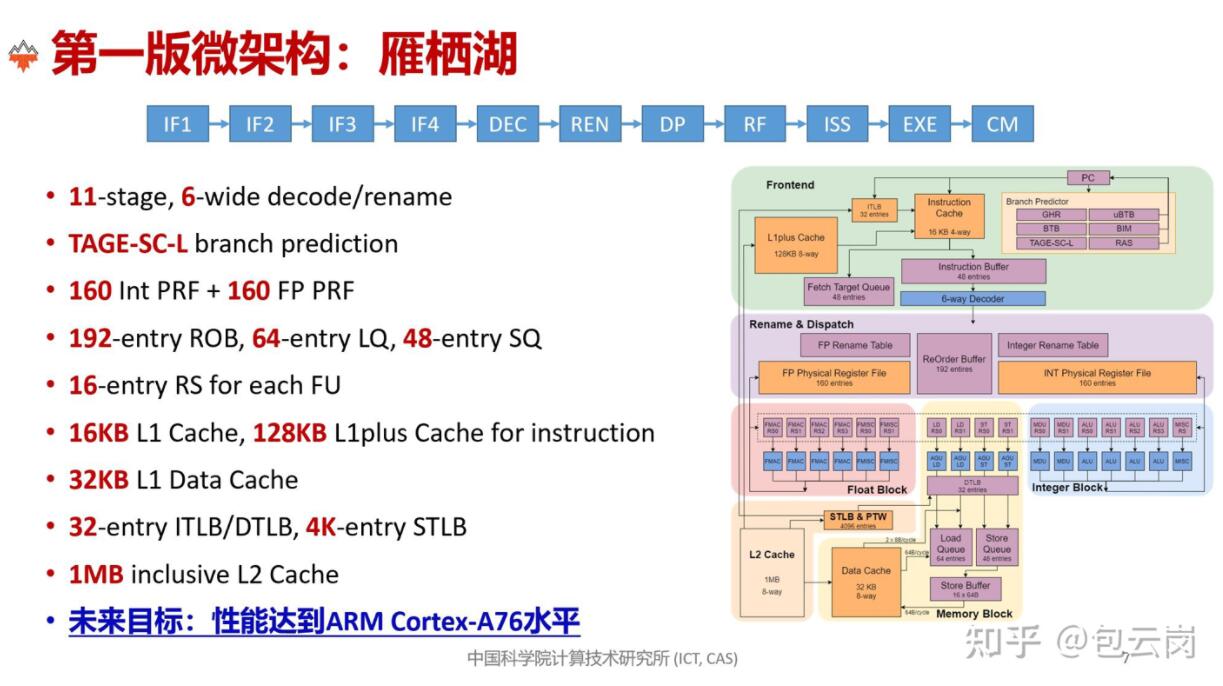 The team set up a code repository for Xiangshan on GitHub on June 11, 2020.

Over the past year, 25 students and teachers have worked on Xiangshan, committing 3,296 lines of code, totaling more than 50,000 lines and featuring more than 400 documents, according to Bao. 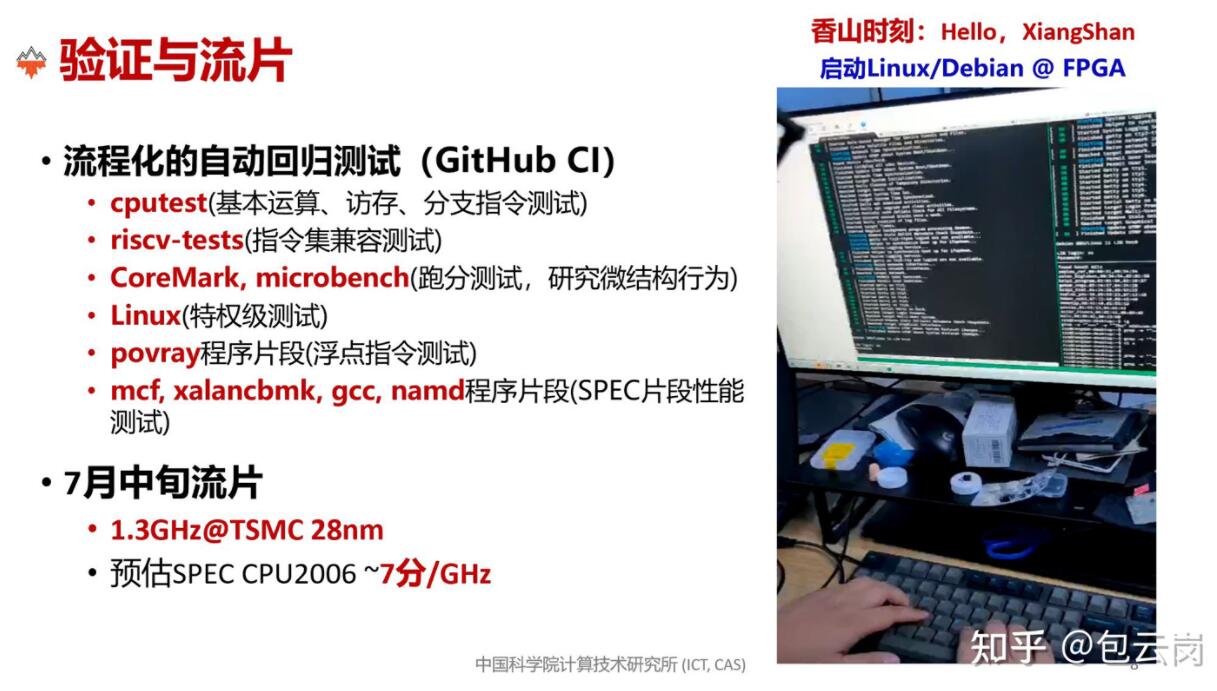 Xiangshan is an open-source RISC-V processor core with an architecture codenamed after a lake, with the first version codenamed “Yanqihu”. 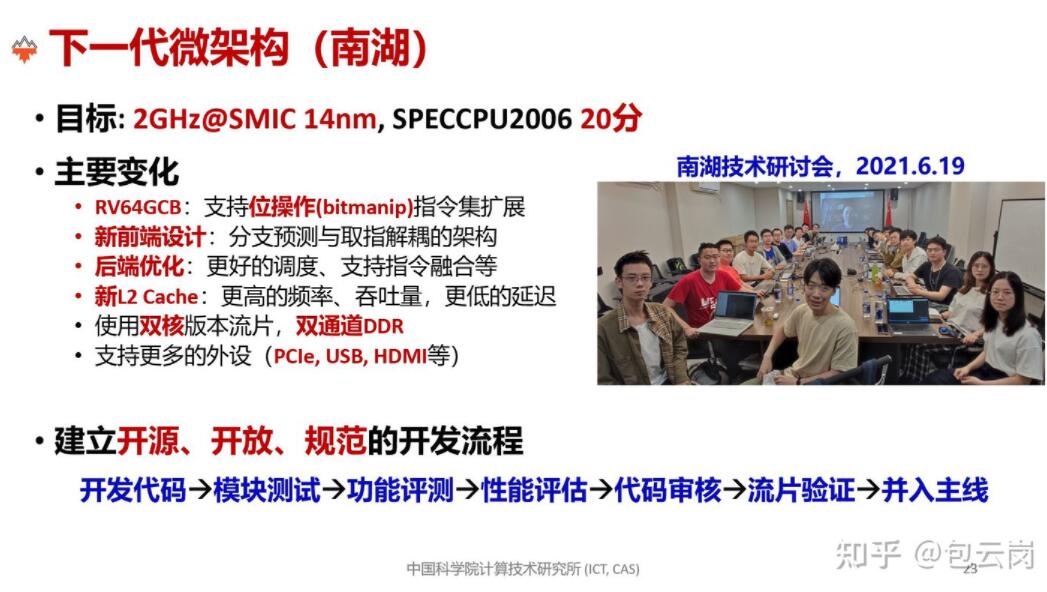 The processor's RTL code was completed in April 2021 and is scheduled to be tape out in July based on TSMC's 28nm process, currently running at 1.3GHz.

Xiangshan is working on the next generation architecture "Nanhu" and aims to tape out by the end of this year.

It is based on SMIC's 14nm process, with a frequency of 2GHz, a SPECCPU score of 10 points per GHz, and support for other features including dual-channel DDR memory and PCIe, USB and HDMI.

You can find more details here (in Chinese):