Huawei had more than 4 million registered developers by the end of May this year, more than double the number from a year ago, the Chinese tech giant said. 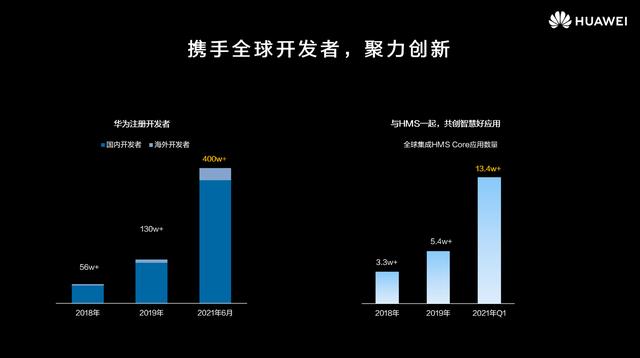 Huawei also announced on the same day that HMS Core 6.0 will soon be launched globally, adding to the application ecology upgrade.

By the end of May, the global applications integrated with HMS Core reached 134,000, making HMS the third-largest mobile application ecosystem in the world, according to Liu.

Developers can choose or call the Kit interface themselves to integrate HMS Core capabilities, effectively reducing the amount of development and completing SDK integration in 1-3 days on average.

"App makes our work and life easier than ever before, and this cannot be achieved without the efforts and contributions of thousands of developers," said Chen Lifang, senior vice president of Huawei.

She also said that HMS opens up more than just API interfaces, Huawei wants to become a bridge and competence center to connect consumers, developers and third-party service providers.