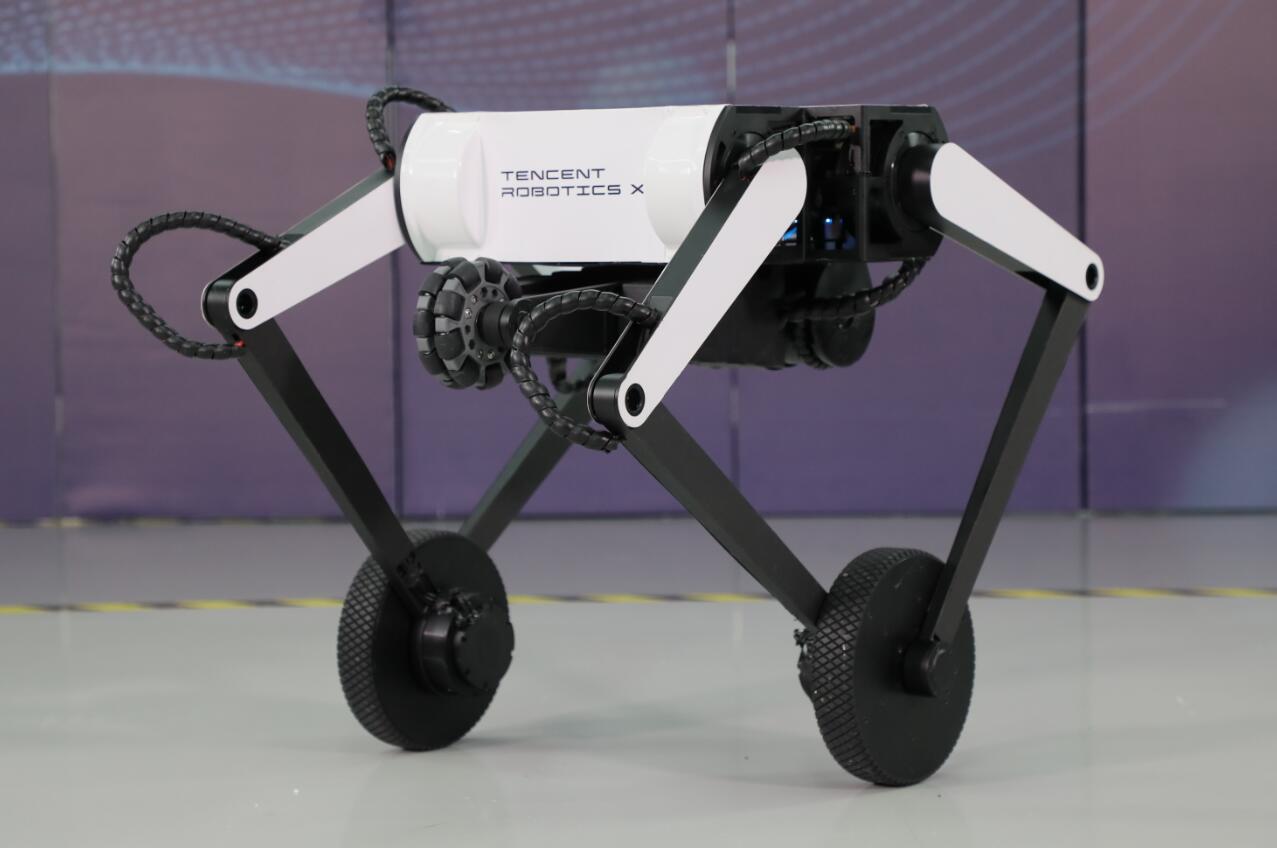 After announcing its quadrupedal robot three months ago, Chinese tech giant Tencent has brought out a new robot called Ollie.

On June 3, Tencent's wheel-legged robot Ollie was unveiled, a new robot from Tencent's Robotics X Lab that is the latest demonstration of its nonlinear control technology, whole-body dynamics control, and trajectory planning technology.

As the latest achievement in the frontier of robotics research in recent years, Ollie has both wheeled structure and legged capability to adapt to uneven ground, complete jumping steps and other actions.

According to Tencent, Ollie, with a minimum height of only 35 cm, can jump up to 40 cm steps. It has a vertical jump height of up to 60 cm, and can even easily complete a 360-degree flip challenge.

Ollie is also capable of backflips, a difficult maneuver, and has a simple and dynamic structure with a parallel mechanism on one leg that forms a five-link structure with the body.

Ollie has the ability of trajectory planning. It will plan the trajectory in advance before the flip to maximize the performance of the joint motor to achieve the target movement.

It also has a third leg, which can increase the load in addition to enhancing the balance of the body and provide additional angular momentum to complete high dynamic flips and other actions to store energy.

Ollie is Tencent's latest achievement in the field of robotics, and the research paper related to it has been included in the 2021 International Conference on Robotics and Automation (ICRA 2021).

The robot can run, jump and jump over obstacles like an animal, and also glide on wheels like a vehicle on a flat road.