Meizu announces it will use HarmonyOS, possibly first for smart home products

Huawei's Android alternative HarmonyOS is the talk of the Chinese tech world recently, and now it's getting support from a smartphone maker, though probably not for the system to be used on phones.

According to the poster, the first Meizu product to be powered by HarmonyOS could be the company's smart home brand Lipro lights. 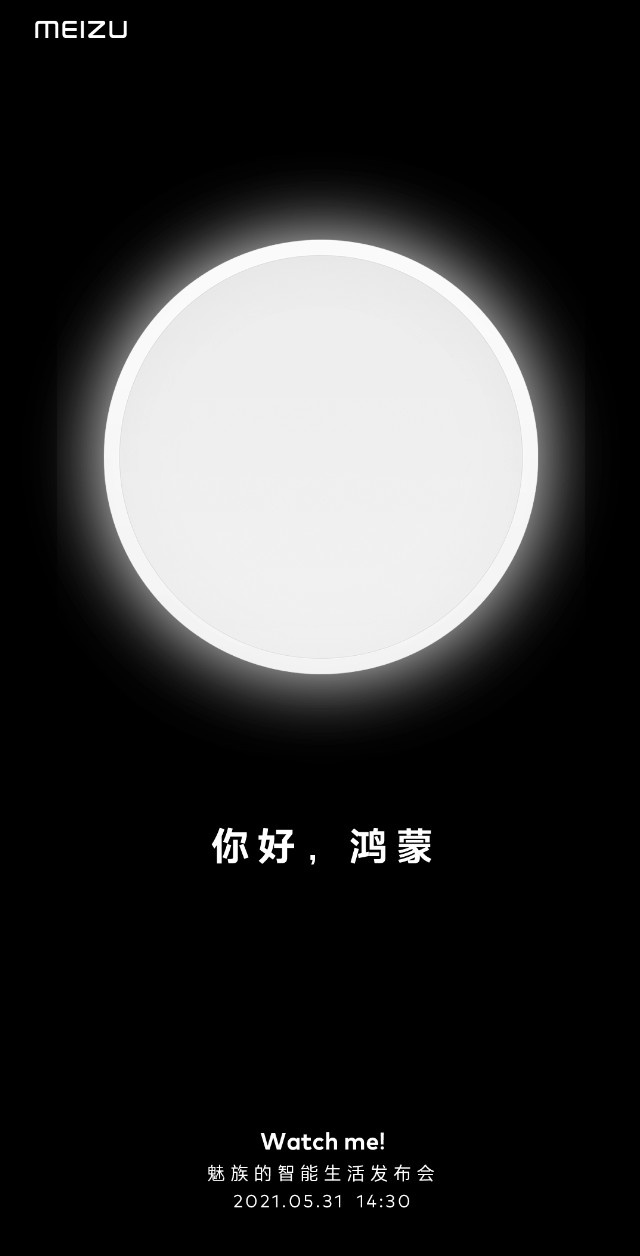 Huawei announced on May 25 that it will hold an online launch event on June 2 at 8 p.m. Beijing time to officially unveil HarmonyOS for phones.

The system has previously been used in appliances including Huawei's Smart Screen and some other partners' home appliances. With Huawei's launch next week, HarmonyOS will officially be available on smartphones.

Huawei expects the number of devices with HarmonyOS to reach 300 million by the end of 2021, with more than 200 million Huawei devices and more than 100 million devices for third-party partners of all types.

Yang Haisong, vice president of Huawei's Consumer Business AI and Intelligent All-Scene Business, has said that third-party cell phone manufacturers are welcome to use HarmonyOS and build an open-source community together.

However, it's entirely up to the vendors' own business considerations as to who the third-party phone makers are and when they adopt HarmonyOS, Yang said.

In addition, Meizu's poster hints that it will hold a launch event at 14:30 GMT on May 31, when it may announce the Meizu smartwatch.

As its first smartwatch, Meizu has said that it will challenge the Android smartwatch benchmark and make it a great companion to mainstream Android phones.

In addition, it also comes with a health detection function that supports 24/7 heart rate, blood oxygen, pressure, and sleep monitoring.