China starts construction of test line for maglev trains with speeds of up to 1,000 km/h

A groundbreaking ceremony was held on May 24 to mark the official launch of a maglev test line in China's northern province of Shanxi designed for speeds of up to 1,000 kilometers per hour, the Science and Technology Daily reported Tuesday. 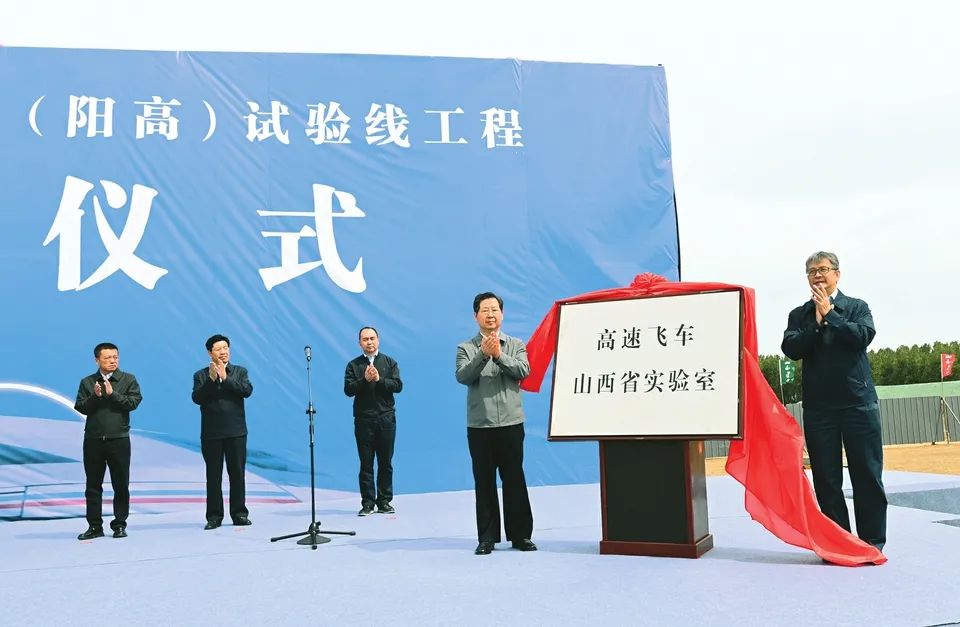 The high-speed train uses superconducting magnetic levitation technology to disengage from the ground to eliminate frictional drag and a near-vacuum internal duct line to dramatically reduce air resistance to achieve travel speeds of more than 1,000 kilometers per hour, Ma Tiehua, dean of North Central University's School of Electrical and Control Engineering, was quoted as saying in the report.

With the support of these technologies, the high-speed train is faster, more convenient, more comfortable, safer and economically controllable, Ma said.

The high-speed train can reach a speed of 300 meters per second, which is equivalent to the speed of a conventional bullet, just like "Let The Bullets Fly," Ma said.

The project, located in Yanggao County, Datong City, will begin with a full-scale test line, according to the Science and Technology Daily.

The project's first phase of the test line will be 2 kilometers long, with the second phase extending to 5 kilometers and the third phase to 15 kilometers. It will run parallel to the original high-speed rail line when completed, leaving room for future development.

In early February, China began commissioning five maglev trains with speeds of up to 600 kilometers per hour in Qingdao, Shandong province.

Prior to that, the CR400 series of China's Fuxing locomotives had a maximum speed of 400km/h and above, with a sustained operating speed of 350km/h, making them the fastest commercially operated locomotive trains in the world.

He also said that one of the biggest differences between the two is the power. The railed high-speed train is driven by wheels acting on the track and contact with the wheel tracks.