Home Crypto Crypto bloodbath: Bitcoin down over 30%, Ether down about 46%

Crypto bloodbath: Bitcoin down over 30%, Ether down about 46%

The cryptocurrency market showed investors what volatility means with a bloodbath, as all major cryptocurrencies plunged.

As of press time, data from the Huobi platform shows Bitcoin falling below $30,000, down 32% from 24 hours ago and a new low since January. 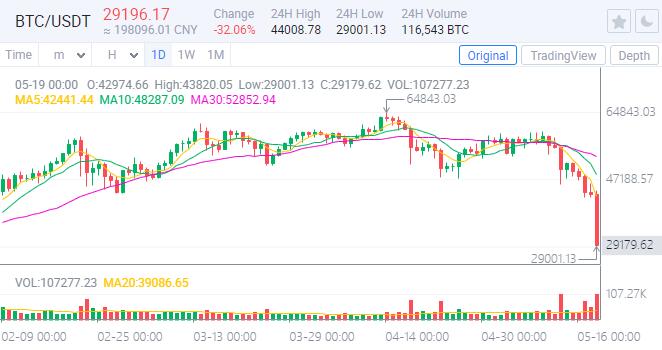 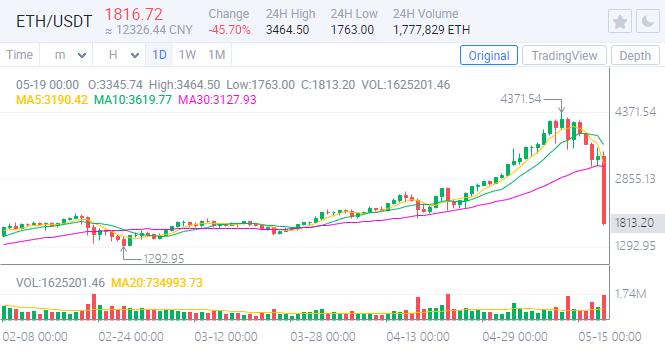 Other cryptocurrencies including Dogecoin, EOS, and BCH all fell more than 50%.

China's central bank, the People's Bank of China, issued a statement on Tuesday reiterating that virtual currencies should not be used as a payment method, highlighting the regulatory risks cryptocurrencies face.

In an article published on Monday, an opinion piece by China Securities Journal, the country's official securities media, said that in addition to frequent price spikes and drops, criminal activities surrounding cryptocurrencies have been coming to light, prompting further scrutiny of their regulation.

"In fact, there is a broader consensus to strengthen the regulation of cryptocurrency trading. The recent 'blocking' of bitcoin trading by a certain large commercial bank may signal new tighter regulation," the article said.

The article mentions that the recent banning of accounts for bitcoin trading by a Chinese bank has generated a lot of buzz, but this is not the first time that financial institutions have "blocked" bitcoin trading.

More than a dozen commercial banks in China announced bans on bitcoin trading in 2014, shortly after a joint announcement by departments including the People's Bank of China, the country's central bank, on preventing bitcoin risks.