The processor is optimized for the open-source RISC-V architecture and can be used in microprocessors, intelligent voice, navigation and positioning, storage control, and other applications. The processor has been licensed to several companies.

The Xuantie 907 operates at a maximum frequency of more than 1GHz and achieves a unit performance of 3.8 Coremark/MHz. 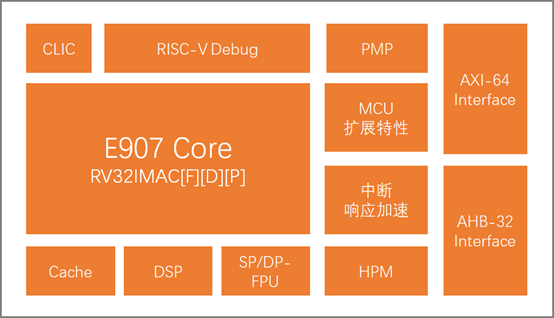 The processor implements the latest DSP instruction standard of RISC-V for the first time, and is suitable for real-time computing scenarios with high computational performance requirements such as storage and industrial control.

Since its establishment in 2018, PingTouGe has launched several products, including AI chip Hanguang 800, RISC-V processor Xuantie 910, and one-stop chip design platform "Wujian", of which Hanguang 800 is Alibaba's first chip.