Xiaomi settles lawsuit with US Department of Defense, to be moved off blacklist

Chinese smartphone giant Xiaomi Group and the US Department of Defense (DoD) have settled a lawsuit over a blacklist, a document showed Monday.

The defendants, including the DoD, decided not to appeal a temporary injunction that had previously been in effect, and the defendants felt it was appropriate to adopt a final resolution to move Xiaomi Group off the Jan. 14 military list, according to a Joint Status Report.

The parties will conduct further negotiations on the specific terms of the final resolution, which is expected to be filed with the court on or before May 20.

Xiaomi had already obtained a preliminary injunction from the district court for Columbia in March to prohibit the entry into force or implementation of the executive order listing Xiaomi as a company associated with the Chinese military.

Xiaomi had said at the time that it would continue to ask the court to ultimately rule that the executive order was invalid.

In January, the US government announced that it had added nine Chinese companies to its list of companies associated with the Chinese military, including Xiaomi.

Xiaomi subsequently issued an announcement that it sued the DoD and the US Department of the Treasury in the district of Columbia on Jan. 29.

The decision was flawed by procedural unfairness and factual errors, and the company asked the court to declare the decision illegal and reverse it in order to protect the interests of Xiaomi's users, partners, employees, and shareholders worldwide, the company said at the time. 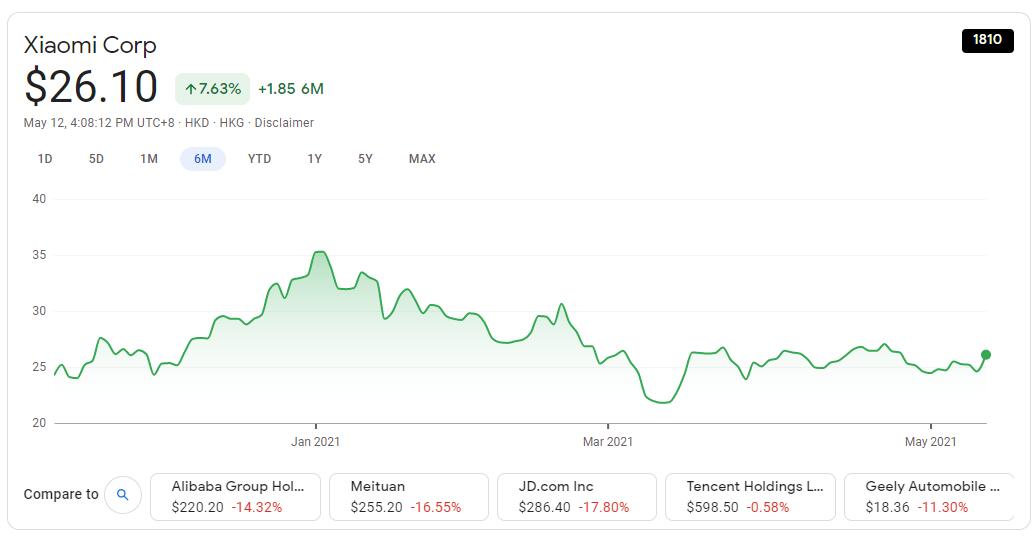