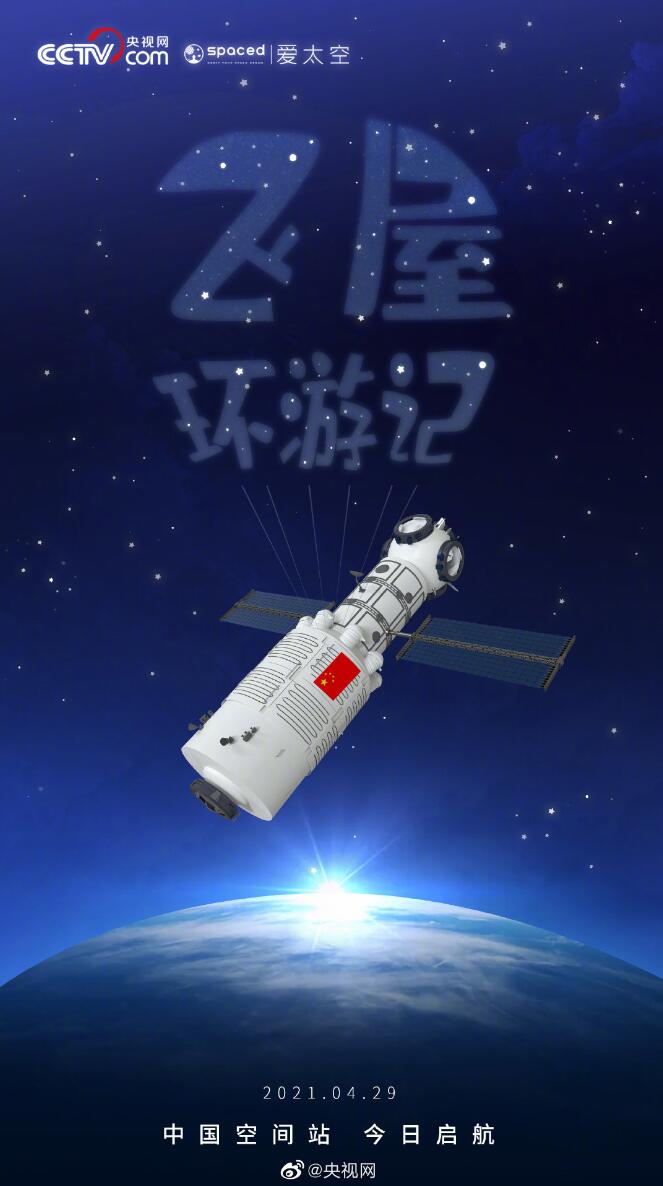 Tianhe, the core module of China's space station Tiangong, was launched by a CZ-5B Y2 rocket at 11:22:30 today and has now successfully entered orbit, according to a CCTV report.

This is the first launch mission this year from the Wenchang Space Launch Complex in Hainan, marking the success of the first step in the construction of China's space station, the report said.

A large robotic arm is installed outside of the Tianhe module, and the front end includes a six-interface node module, which serves as the main airlock module for access to space.

The Chinese space station has a design life of 10 years, a total mass of about 66 tons, and a crew of two to three, with each crew rotating after six months of stationing.

The Tianhe core module is 16.6 meters long, with a maximum diameter of 4.2 meters and a weight of 22.5 tons. It can meet the needs of three astronauts for a long-term stay in orbit.

The country plans to complete the construction of the space station in orbit by 2022, achieving the mission goal of the third step of the three-step development strategy of China's manned space project.