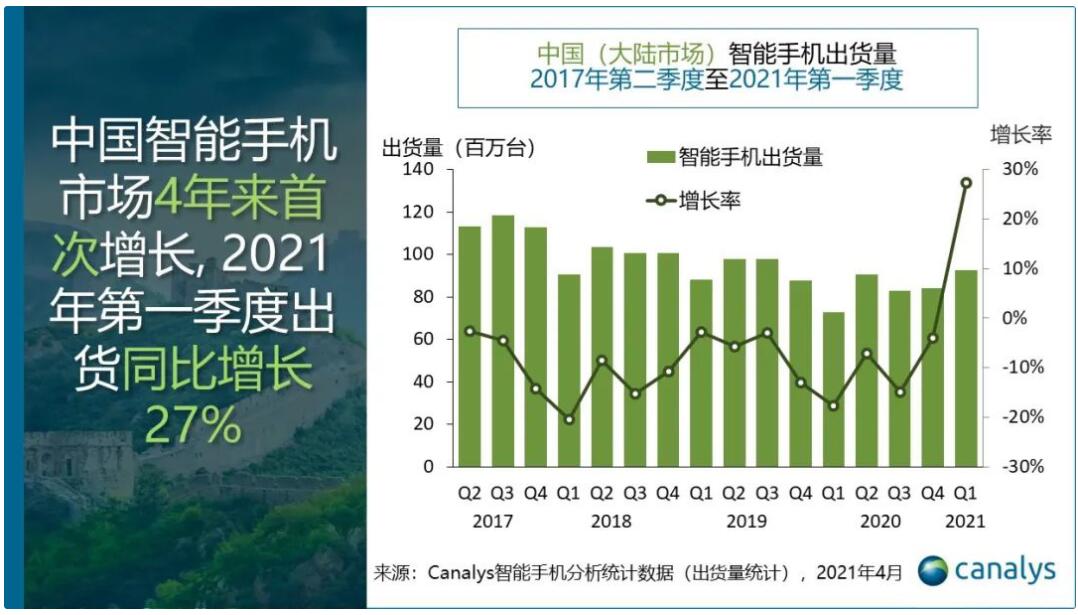 The report showed that Vivo took the crown in China, with shipments of 21.6 million units, up 79 percent year on year.

Amber Liu, an analyst at Canalys, said the leading players in China's smartphone market are racing to the top, with an unusually high number of shipments this quarter compared to Q1 or even Q4 of 2020.