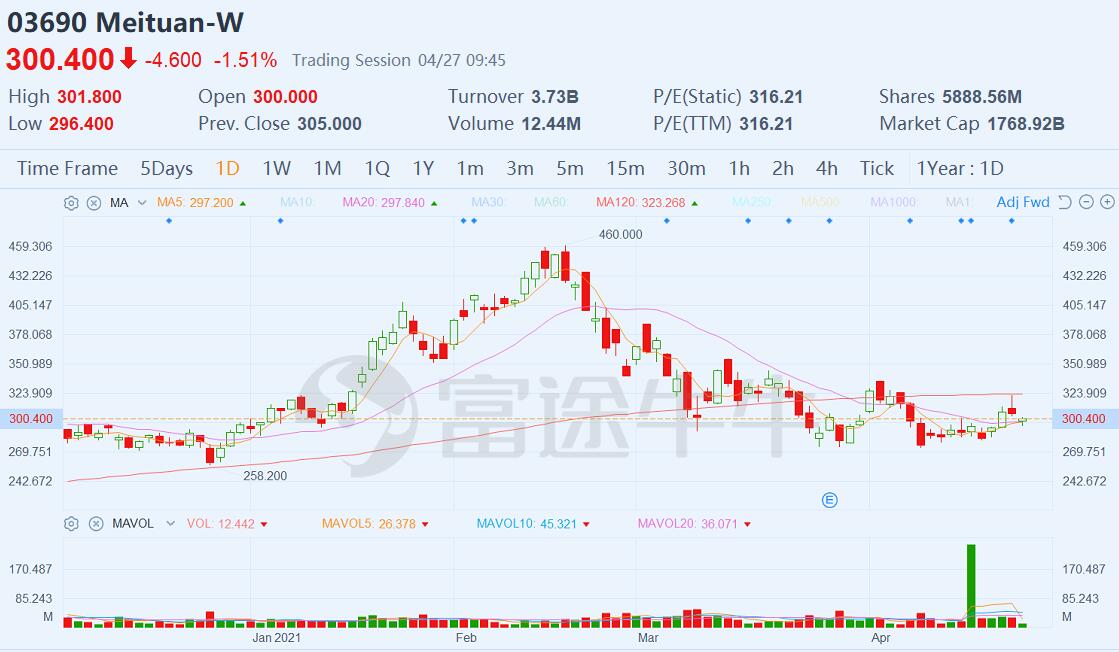 China's online-service super-app Meituan opened 1.64% lower to HK$300 on Tuesday after it was hit by an anti-monopoly investigation on Monday. By press time, its decline had narrowed to 1.5 percent.

China's State Administration for Market Regulation (SAMR) announced on Monday that it had opened an investigation into Meituan's alleged monopolistic practices such as "forced exclusivity".

Meituan subsequently said that it has been notified by SAMR and will actively cooperate with the regulatory investigation and further improve its business compliance management.

Meituan will protect the legitimate rights and interests of users and other parties, promote the long-term healthy development of the industry, and effectively fulfill its social responsibility.

At present, the company's businesses are running normally, Meituan said.

Meituan is the latest Chinese tech giant to be investigated for enforced exclusivity.

Earlier this month, the SAMR announced that it had fined e-commerce giant Alibaba RMB 18.228 billion, or 4 percent of its 2019 China sales of RMB 455.712 billion, following the conclusion of an investigation into the company.

In December 2020, the SAMR opened an investigation into Alibaba's abuse of dominant market position in the market for e-tailing platform services within China.

Alibaba was found to have a dominant position in the market for e-tailing platform services within China.

Since 2015, Alibaba has abused this dominant position by imposing "forced exclusivity" requirements on platform merchants, prohibiting them from opening stores or participating in promotions on other competing platforms, the SAMR's announcement said.