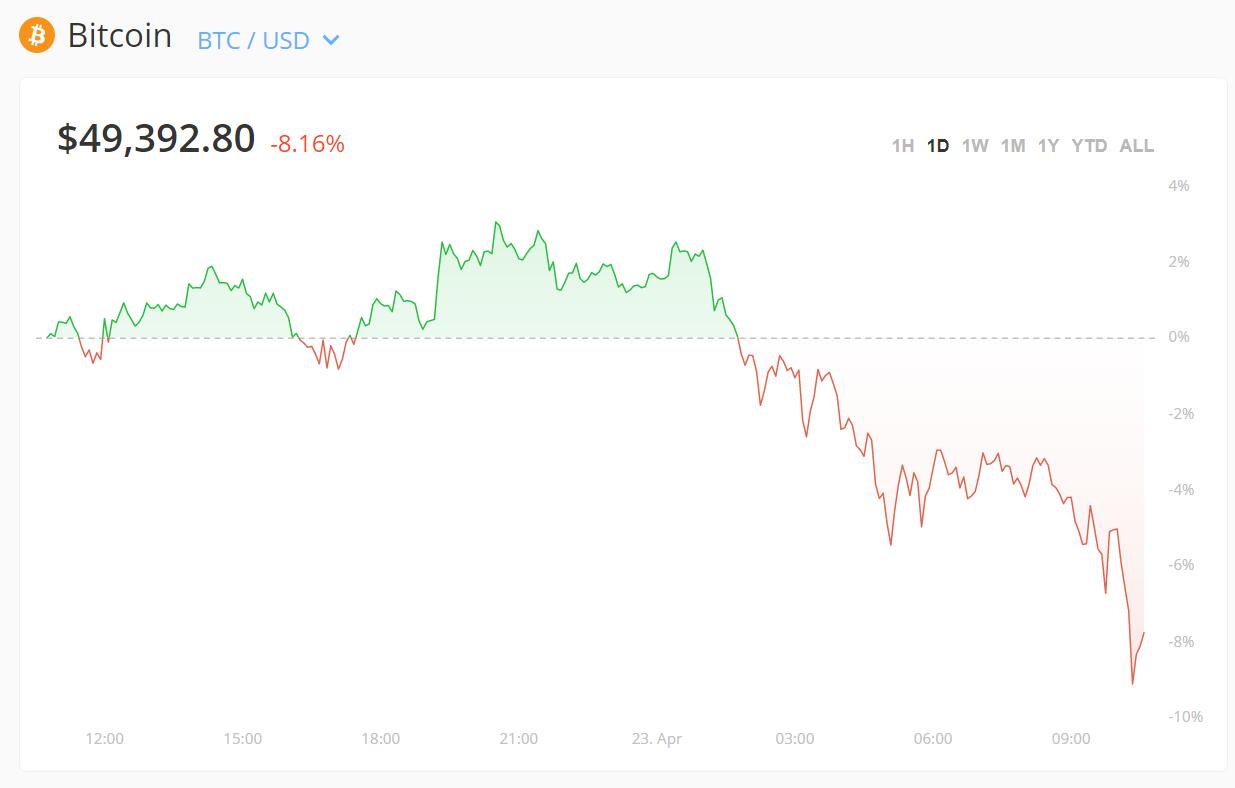 Bitcoin extended its losses on the news overnight after reports that US President Joe Biden plans to implement a capital gains tax of up to 43.4% on the wealthy.

If true, it means that Biden intends to impose a capital gains tax on the wealthy that is about twice the current level of 20%.

Meanwhile, taxpayers earning at least a million dollars a year could face a capital gains tax of more than 50%.

Notably, US investors who hold bitcoin will be subject to capital gains taxes if they choose to sell after holding the coin for more than a year.

Tax worries are starting to spread in the market, and risk assets are generally hit hard, and bitcoin, which has just extended its one-year surge of over 800%, is naturally no exception.

JPMorgan analyst Nikolaos Panigirtzoglou, who was long on bitcoin earlier this year, has recently started warning of the risks.

He noted in an analyst report on Tuesday that if bitcoin doesn't rally quickly to $60,000, the momentum signal will collapse.

He said that the long bitcoin futures hikes in recent weeks, as well as the long close-outs in the past few days, may have at least some connection to commodity trading advisors (CTAs) and cryptocurrency funds.