As one of China's strongest artificial intelligence (AI) technology giants, Baidu's technology is not only driving driverless vehicles but is now also being used in the field of sports - diving training.

Baidu said it hopes its AI technology will help the Chinese national diving team achieve good results at the Tokyo Olympics in a few months.

"The world of diving is developing rapidly nowadays, and the movements are becoming increasingly difficult. We hope to embrace technology and make our training more scientific and effective by learning advanced techniques," said Liu Jiangping, secretary-general of the China Diving Association.

The reason why diving has become an area where Baidu AI can play a role is that it is a high-speed sport, with a total of two seconds from jumping to landing in the water.

Lu Feixiang, a senior research and development engineer at Baidu, cited the example of Lin Yue, the Olympic diving champion, whose most difficult moves require a 900-degree turn plus a 900-degree tumble within two seconds, which poses a big challenge for information collection.

AI is able to overcome many of these difficulties. According to Baidu, the AI training system starts collecting and recording from the moment the athlete steps on the diving board and stops recording after entering the water surface.

High-speed video can be fed back to the coaches' tablets in real-time, so as to provide guidance to the athletes' posture and movements, and can also be viewed before the competition.

The high-speed video captured by the system is 2D video, but the Baidu Brain 3D vision technology and deep neural network can estimate the athlete's posture in 3D and obtain the 3D angle of each joint.

The system can also freeze the continuous action of diving onto the 3D space, which can support 360-degree free rotation for viewing. 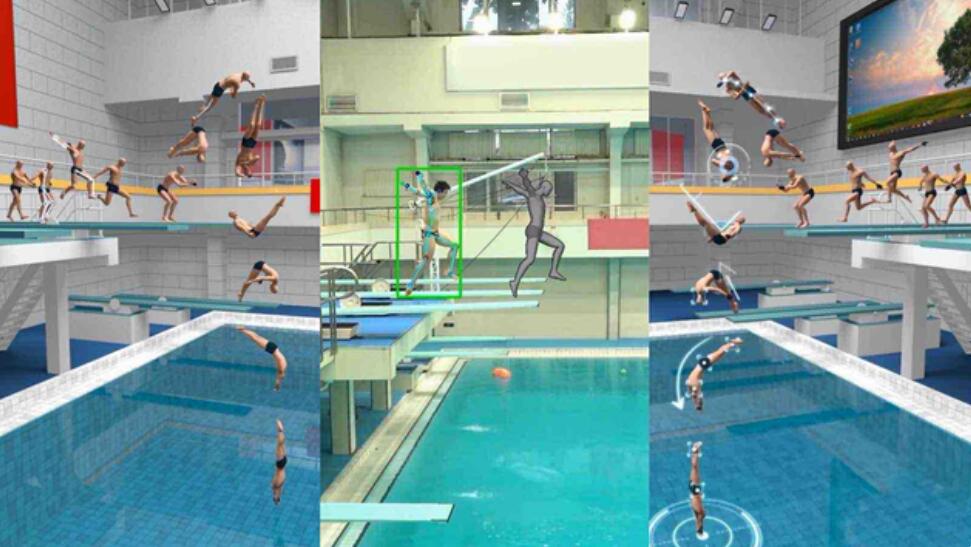 What's more, it can automatically identify which action the athlete has completed and the corresponding action code and difficulty factor, and rate the quality of completion.

As one of the first companies to invest in AI in China, Baidu believes that AI technology can be applied not only to the scenario of diving but also to more scenarios in the field of sports.

The power of technology represented by Baidu AI Cloud will accelerate the integration and innovation of AI technology and sports to reshape the training paradigm of competitive sports, the company said.