Much like its unstoppable rally in the upward channel, bitcoin's bleeding continues.

The price of the largest cryptocurrency by market capitalization is currently down below $53,000, down nearly 6% from 24 hours ago, according to quotes from Bitstamp. 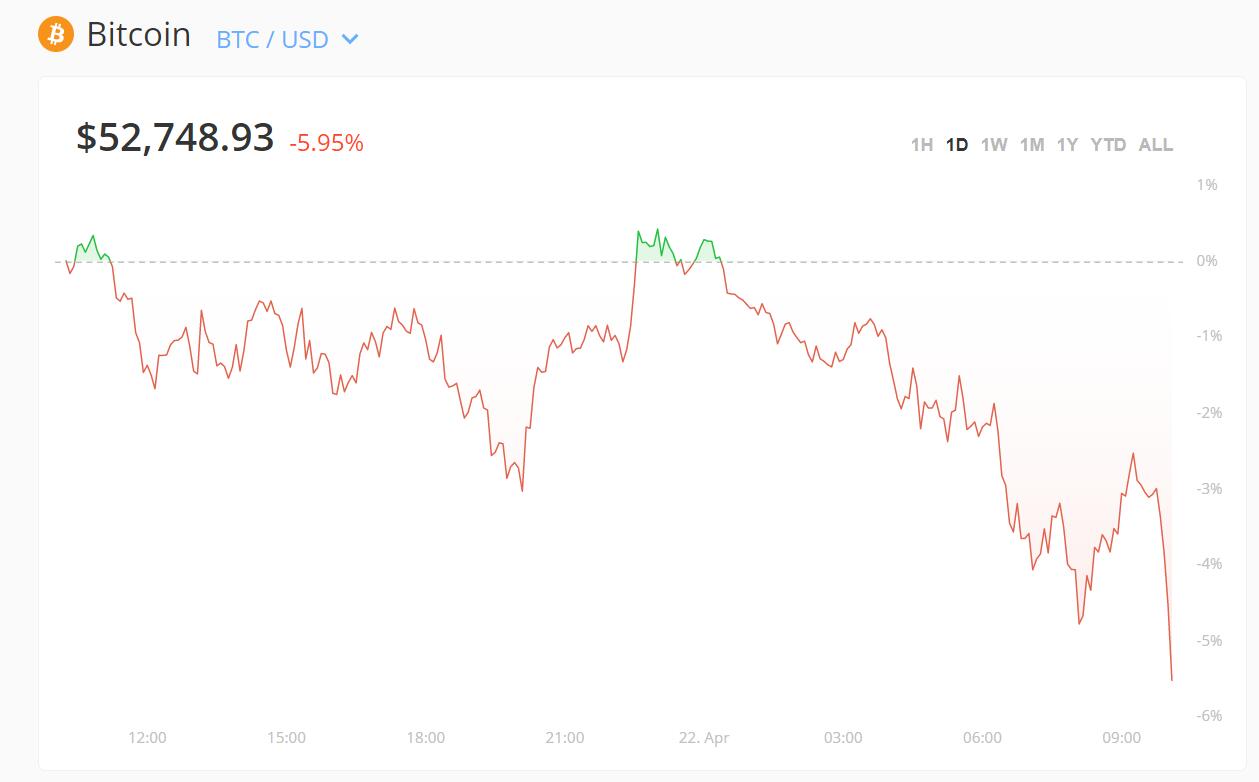 JPMorgan analyst Nikolaos Panigirtzoglou, who was long on bitcoin earlier this year, has recently started warning of the risks.

He noted in an analyst report on Tuesday that if bitcoin doesn't rally quickly to $60,000, the momentum signal will collapse.

He said that the long bitcoin futures hikes in recent weeks, as well as the long close-outs in the past few days, may have at least some connection to commodity trading advisors (CTAs) and cryptocurrency funds.

The bitcoin futures market has seen massive unwinding scenarios over the past few days similar to those seen in mid-February, mid-January, and late November last year, but given its current still-high levels, momentum signals will likely decay for months on end as a result.

Panigirtzoglou's team previously noted in January that bitcoin has the potential to become an investment alternative to gold, implying significant upside for bitcoin in the long run.

The team previously argued that for the bitcoin market to match the current volume of private investments in the gold market, the current market cap of $575 billion is not enough and would need to expand significantly by a factor of 4.6, meaning that the unit price would need to reach $146,000.