Meituan, a Chinese shopping platform for locally found consumer products, said Tuesday it is raising nearly $10 billion through a stock offering and a convertible bond sale.

Meituan will issue a total of 198 million shares in placement, or about 3.3 percent of the total number of shares after the new offering, of which Tencent, a long-time shareholder, will subscribe for about 11.35 million shares.

Each share will be priced at HK$273.8, a discount of 5.3% from the previous trading day's closing price.

Meituan will also issue convertible bonds totaling nearly $3 billion due in 2027 and 2028, respectively.

After the move Meituan will have $18 billion in net cash, compared with $17 billion for Pinduoduo, $15.7 billion for JD.com and $51.6 billion for Alibaba, Nomura said.

Meituan said the money it raises will be used for technology innovation and increased investment in unmanned vehicles and drone delivery, in addition to general corporate purposes.

Meituan CEO Wang Xing said in a March 26 conference call that cutting-edge technology has been a key focus for the company and disclosed progress in unmanned delivery technology.

Since February last year, Meituan's delivery drones in Beijing's Shunyi district have completed more than 15,000 orders, Wang said, adding that he himself has tested drone deliveries in Shenzhen. 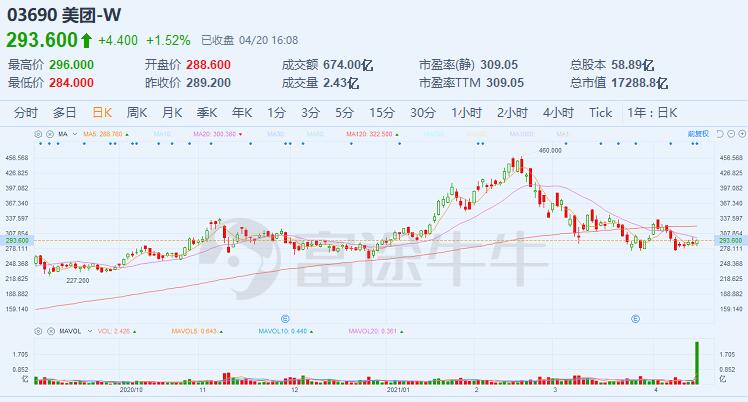