China on Tuesday opened the world's largest Internet test facility backbone network with core nodes in 31 provinces, autonomous regions, and cities across the country, according to Xinhua News Agency.

On April 20, a ceremony was held at Tsinghua University to open the high-performance backbone of the Future Internet Test Infrastructure FITI, the world's largest Internet test facility and China's first national major science and technology infrastructure project in the information field, according to the report.

With the help of FITI, the number of IPv6 addresses owned by China, which marks the beginning of the next-generation Internet, jumped to No. 1 in the world in early April, the report said.

The FITI backbone core nodes are located in 31 provinces, autonomous regions, and cities, with 200G of bandwidth between the core nodes.

It simultaneously supports no less than 4,096 large-scale trial networks and achieves interconnection with domestic and international IPv4/IPv6 trial facilities, according to the report. 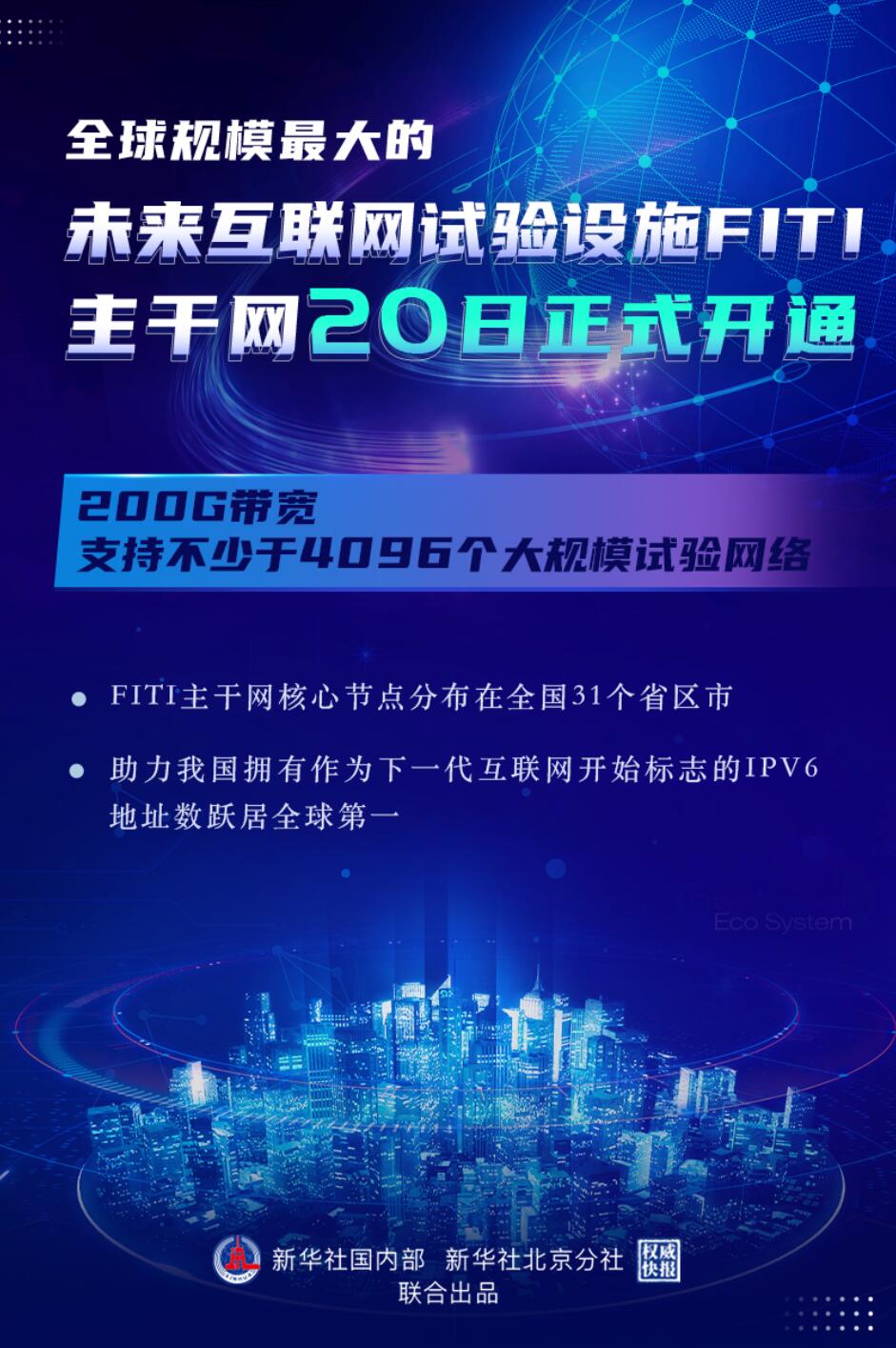