Bitcoin surpassed $63,000 and Ether surpassed $2,200 on April 13, both setting new all-time highs, according to CoinMarketCap. 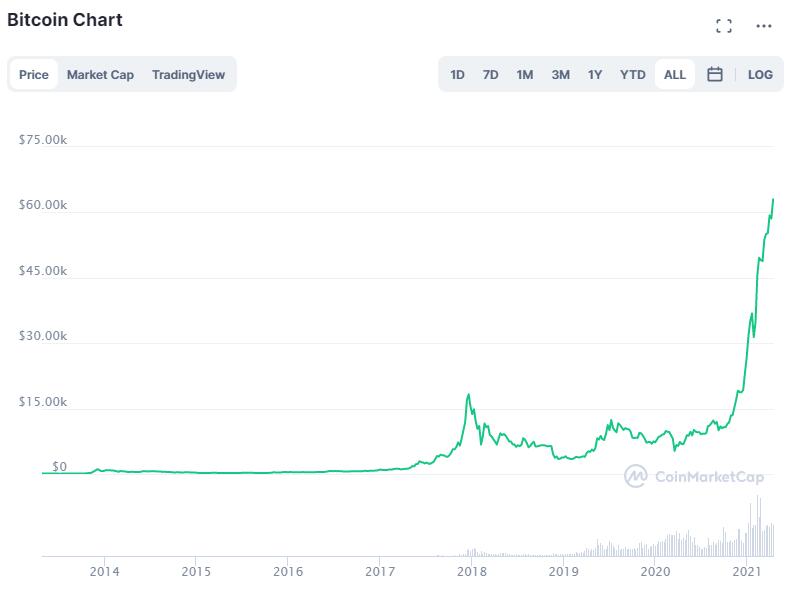 Binance Coin (BNB), which has risen 53% in the past seven days, has consolidated its position as the third-largest cryptocurrency in the world.

Some predict BNB could rise to close to $1,000, according to Antoni Trenchev, co-founder of cryptocurrency lender Nexo, adding that BNB has yet to replicate Bitcoin and Ether's rally last year and that he is bullish on BNB.

One reason for this rally is that Coinbase, the largest US cryptocurrency exchange, will be the first major cryptocurrency company to go public, valued at about $100 billion.

As a result, Canaan, a leading Chinese mining machine provider, opened lower on the US stock market yesterday, falling more than 33% at one point during the session to close down 29.62% at $13.14.

Canaan's shares rose 18 times in nine months due to the Bitcoin boom but recently fell from a peak of $40 to $13.

BNB is issued by Binance, the world's largest cryptocurrency exchange, which was founded by Chinese developer Changpeng Zhao.