Alibaba shares have been on a downward spiral for the past two months. The company's shares fell 17 percent in Hong Kong from Feb. 17 to last Friday. 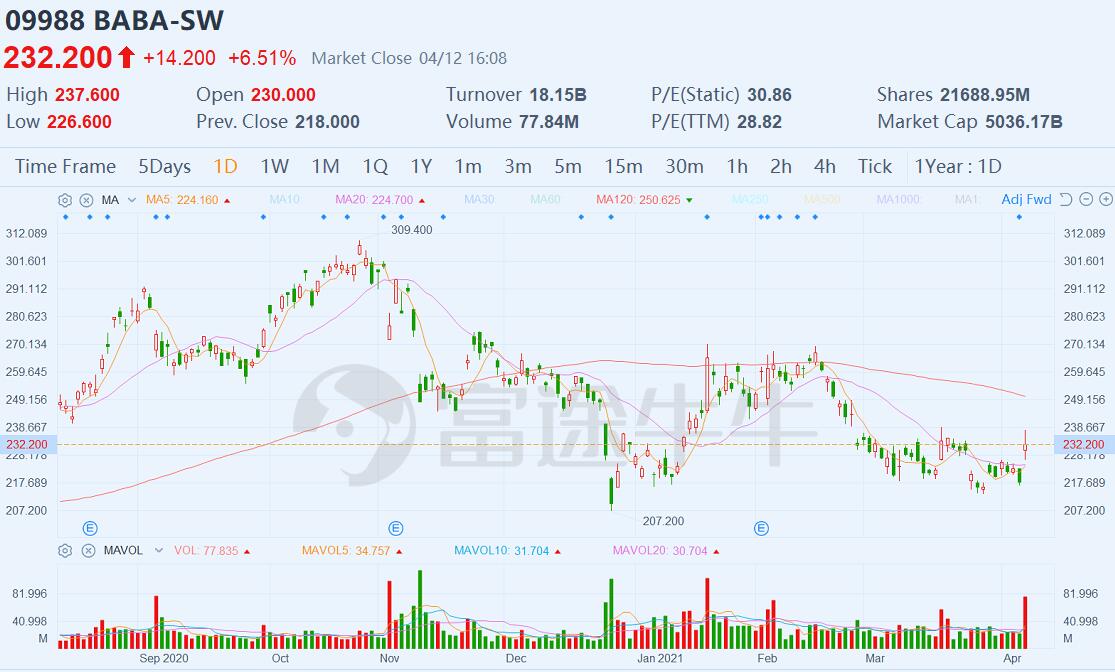 Chinese market regulators fined Alibaba 18.2 billion yuan ($280 billion), or 4 percent of its 2019 sales in China of 455.712 billion yuan, at the end of an investigation into the company.

China's State Administration for Market Regulation (SAMR) announced the decision on April 10 and ordered Alibaba Group to stop the violations.

In December 2020, the SAMR opened an investigation into Alibaba's abuse of a dominant market position in the market for e-tailing platform services in China.

Alibaba does not expect the penalty to have a significant impact on the company, the company's CEO Daniel Zhang said in a conference call Monday, adding that Alibaba will put in place measures to lower barriers and costs of entry for merchants on its e-commerce platform.

Alibaba is not aware of any other antitrust investigations, Zhang said, adding that the company is satisfied with the business model of its platform.

The fines Alibaba faces will be reflected in this quarter's earnings report, CFO Maggie Wu said.

CITIC Securities believes the penalties imposed on Alibaba are relatively rational and mild, as China's antitrust fines are capped at 10 percent of operations.

The nearly 20 billion yuan fine is certainly a large expense, but it is expected to be affordable for Alibaba and reflects the regulatory starting point of regulating its business, according to CITIC Securities, which said that Alibaba holds more than 300 billion yuan in cash at the end of 2020.

Compared with previous fines, which were usually in the hundreds of thousands of yuan, the decision by Chinese market regulators is bound to deter other platform economy companies, demonstrating China's determination to strengthen anti-monopoly regulation, CITIC Securities said.