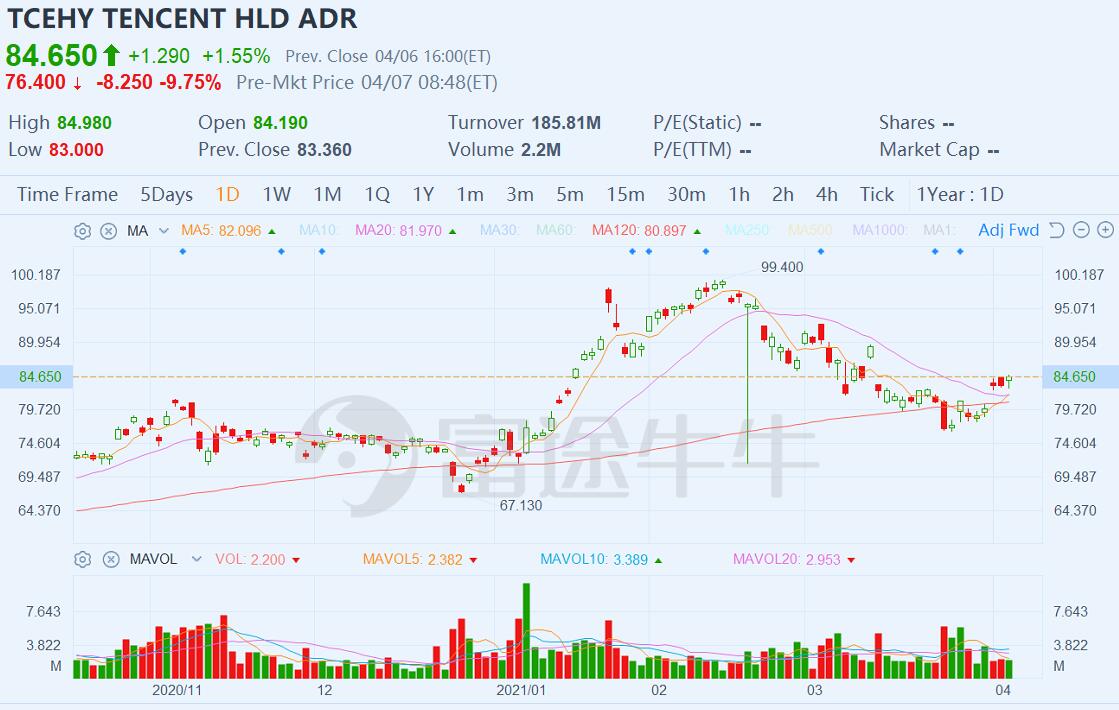 The Amsterdam-listed firm said Wednesday it will sell 191.9 million Tencent shares, equivalent to 2 percent of Tencent's issued share capital, at an asking price of HK$575-595 per share through subsidiary MIH TC Holdings.

After the sale is completed, Prosus' stake in Tencent will drop from about 30.9 percent to 28.9 percent, remaining the company's top shareholder.

Prosus said it intends to use the proceeds of the sale to increase its financial flexibility to invest in growth, plus for general corporate purposes.

Prosus has committed not to sell any further Tencent shares for at least the next three years, in line with its long-term belief in the potential of the business, the company said.

In response to the move, Tencent said Prosus had informed it of its intention to sell its stake, which was understood and supported.

On March 22, 2018, Prosus' parent company Naspers had reduced its position in Tencent at HK$405 per share, cutting its stake from 33% to 31%, with a commitment not to reduce its stake for three years.

Now that the 3-year period has passed, Naspers has chosen to continue its placement to reduce its holding in Tencent shares.

Naspers' subsidiary MIH entered China in 1997. From 2001 to 2002, MIH acquired 45.5% of Tencent from Tencent's major investors, making it the largest single shareholder of Tencent and the most successful investment by MIH Group overseas to date.

MIH's investment in Tencent cost approximately $32 million and brought a total return to shareholders (including dividends) of nearly 7,200 times in US dollar terms.

MIH's stake has since declined due to factors such as equity issuance, but it remains Tencent's largest shareholder. In the decade or so since Naspers' investment, Tencent's business has continued to expand and its share price has soared.