A short-selling report on Tuesday caused Chinese cryptocurrency company Ebang International's ADRs traded in the US market to plunge about 13 percent. Now, the company has refuted the allegations and its shares surged in pre-market trading.

Notably, just a day before Hindenburg released its short-selling report, Ebang announced the establishment of a cryptocurrency exchange.

"The company's board of directors has also been made aware of the events of the Hindenburg shorting report. The board and its audit committee will further review these allegations and false information and will take all necessary and appropriate actions to protect the interests of shareholders," the company said.

Hindenburg said Tuesday that Ebang has raised about $374 million from US investors through four share offerings since it went public in June 2020.

While the company had said it would use most of the IPO financing to grow its business, an investigation found that Ebang moved money out of the company through a series of unusual transactions with insiders and unidentified buyers, the report said.

You can view the full Hindenburg report here: here.

At one point in Wednesday's pre-market trading session, Ebang was up nearly 12.6% and is now up 6%. 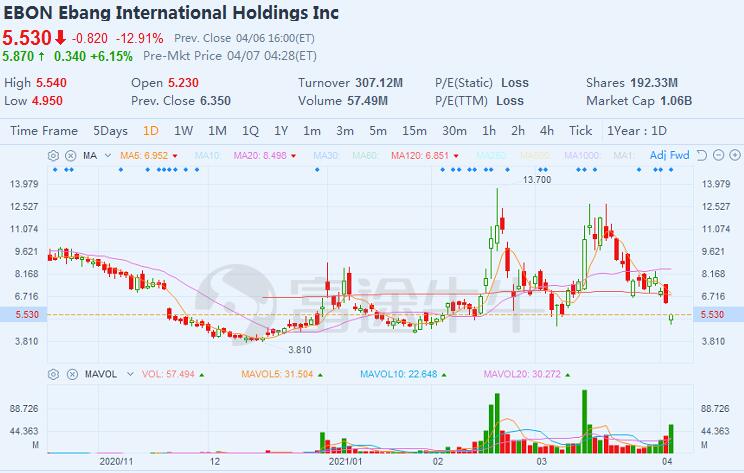